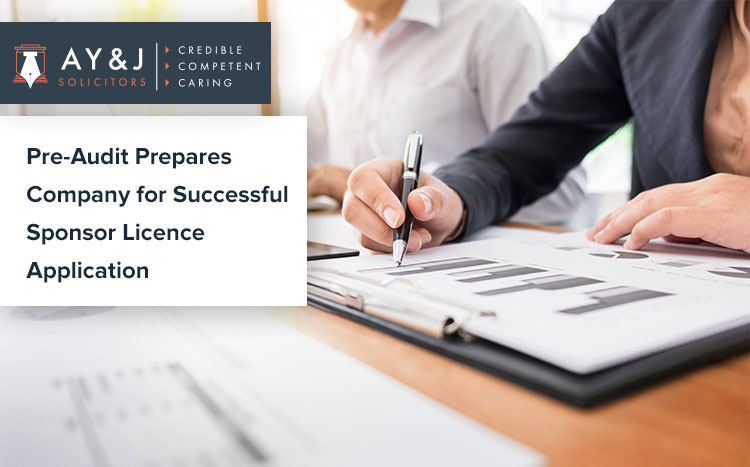 Sponsor Licence is a privilege, which carries great responsibility and not a right, therefore knowing what the process of Sponsor Licence entails it is important and helpful to those companies considering an application for Sponsor Licence. When applying for a Sponsor Licence, it is advisable to have a pre-audit meeting with one of our experts to understand why you need a sponsor licence, verify and ensure that the policies available meet UK Visas and Immigration (UKVI) requirements.

Once your Sponsor Licence application has been submitted, UKVI can visit you on-site to review if your business is genuine and has the appropriate systems in place for sponsorship. If UKVI is satisfied, your company will be granted Sponsor Licence.

Company B wanted to apply for a sponsor licence as they had secured a large project in a specialised IT industry. For that project, Company B could not find any local residents with the right skills to fill the position required to fulfil the contract. The company identified a candidate from a NON-EU country that they felt could deliver the project. 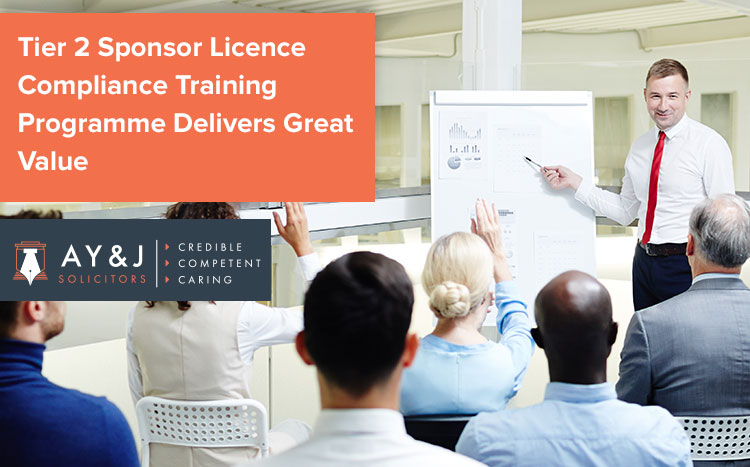 Company B instructed A Y & J Solicitors to apply for a Sponsor Licence. Whilst reviewing his or her documents for the Sponsor Licence, we identified that Company B did not conduct a fair test to recruit someone from the local market (Resident Labour Market Test). Based on our advice, a new advertisement was placed on the relevant job portals. Following the new job advertisement, Company B did not identify anyone suitable in the UK.

Before the Sponsor Licence application was submitted, a pre-compliance audit at the Company premise was conducted to ensure that the company understood its role for being a sponsor and that proper systems were in place to meet UKVI requirements.

The Sponsor Licence application was submitted, and within a few weeks UKVI carried out a compliance visit. An experienced caseworker from A Y & J Solicitors was present at the compliance visit to ensure that the queries raised by UKVI could be answered. At some points, the caseworker had to prompt the company to refer to the documents that supported how they were meeting UKVI requirements and why a Sponsor Licence should be granted.

Shortly after the compliance audit, UKVI approved the application and granted Company B a Sponsor Licence, which is valid for four years.

Shortly after the compliance audit, UKVI approved the application and granted Company B a Sponsor Licence, which is valid for four years. This meant that Company B could recruit NON-EU workers with the skill sets to complete the project.

Having a pre-licence audit is very important as it gives clarity to a company about what their duties and obligations are as a sponsor, how to conduct a fair test to recruit staff, and what systems and policies must be in place. This increases the chances of getting a sponsor licence.

In our experience, it is also important to have a representative with you during the compliance audit so you have the confidence to answer all UKVI questions.

If Company B had not managed to get the Sponsor Licence and was still unable to find someone locally to recruit, it would have had a major impact on the company financially as they would not have been able to complete such a valuable contract and continue to grow. 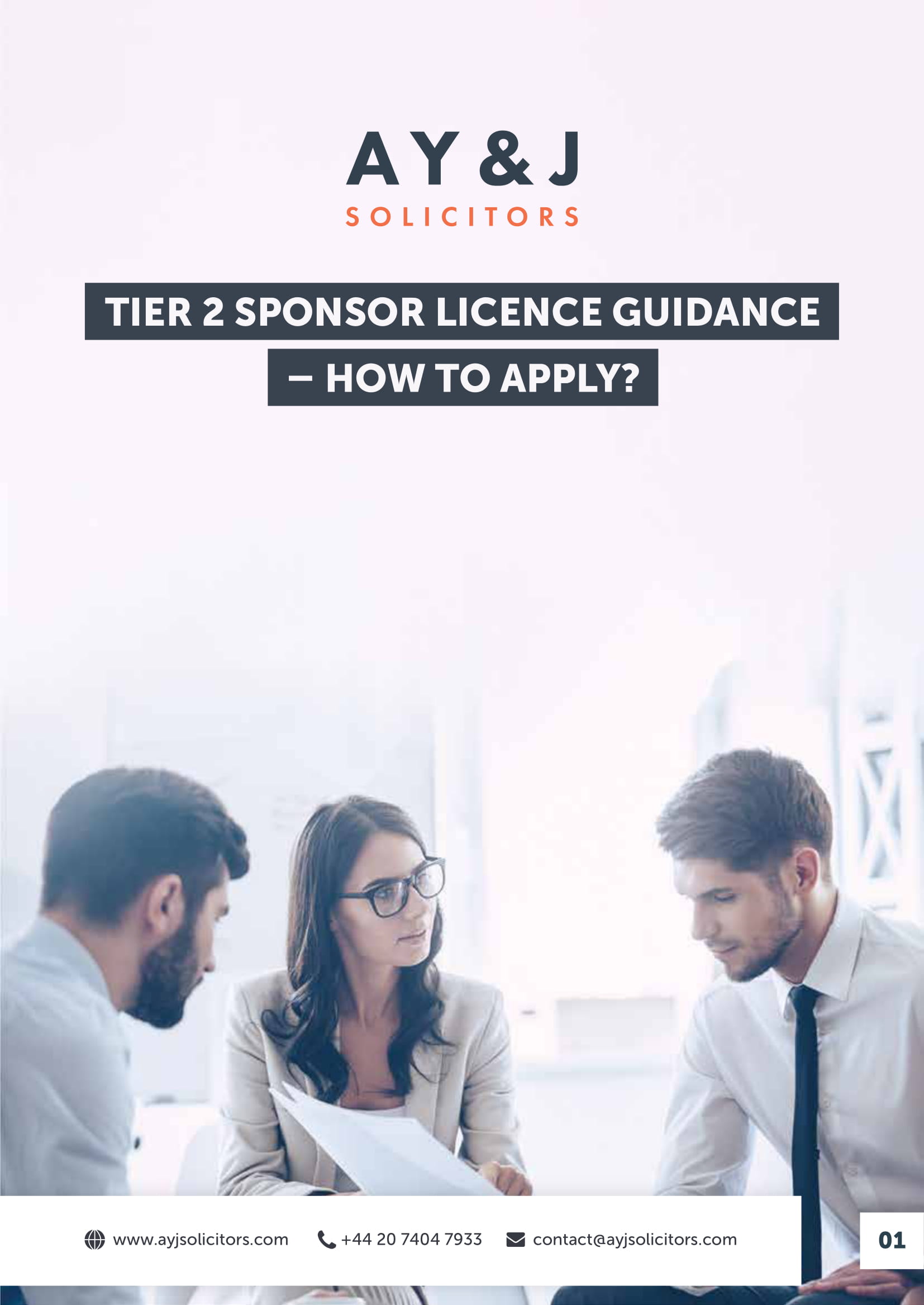 Important for those needing to hire migrant workers.

Our Tier 2 Sponsor Licence application was successful in just 3 weeks. We received extremely professional and helpful service throughout our engagement. A Y & J Solicitors advised us correctly, and at the end, we achieved a great positive result. Many thanks again Yash/Sok Wei and Team for all your support. I would recommend A Y & J Solicitors very highly !!!