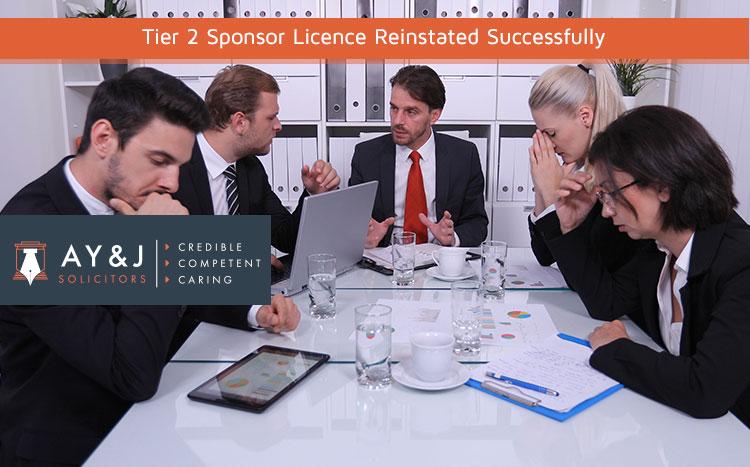 Company C is a leading travel company which has been trading in the UK for over 20 years; providing a high-quality service to a huge variety of groups and individuals visiting the UK from China. These groups comprise High Net Worth Individual and Business delegates. As the company’s targeted market is in China, their staff must have a complete knowledge of Chinese culture, and the ability to communicate at the highest level with their clients in Chinese as they need to have the confidence to assist their clients from China effectively. All their staff must be proficient in both Chinese and English. 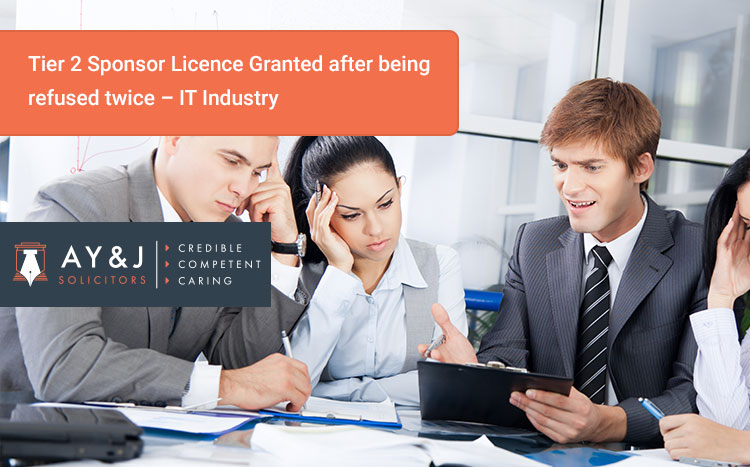 Tier 2 Sponsor Licence Granted after being refused twice – IT Industry

Company C has regularly tried to recruit local staff and EEA workers but rarely have they succeeded locally. While EEA workers have the overall skills to undertake the necessary range of duties, none of them has had the depth of knowledge and complete understanding of Chinese culture and language skills needed to perform the required job duties.

The representatives of the Home Office made an unannounced visit to Company C to assess its suitability as a registered sponsor. On the day of the visit, the managing director and 3 of their sponsored workers were interviewed by the Compliance Officers. A few months after the visit, Company C’s sponsor licence was suspended mainly due to the issue of genuine vacancy for the roles held by 3 of their sponsored workers who were interviewed on the day of the visit. The Home Office was of the view that these roles did not represent a genuine vacancy within Company C due to insufficient evidence provided to show that the sponsored workers in question performed the duties stated on their CoS’. The Home Office also believed that these roles had been created to facilitate their stay in the UK.

Company C was given 20 working days to make representations to address the issues and concerns raised by the Home Office. The directors of Company C were shocked and worried because if the company was to lose their sponsor licence, they would lose most of the highly skilled staff who provide the quality of service required by their clients. If this happened, Company C would have no option but to close their business.

This matter was complicated by the genuine vacancy issue for which the Home Office applies subjective tests when considering the issue. Failure to prove genuine vacancy is a mandatory ground for revocation of a sponsor licence. We provided detailed advice on the information and documents required for Company C to address the genuine vacancy issue, and other issues raised such as recruitment and record keeping duties, reporting duties etc. We reviewed the documents provided by Company C, prepared the representations, arranged supporting documents and submitted the representations to the Home Office on behalf of Company C within the timeline.

A Y & J Solicitors gets the Tier 2 Sponsor Licence Reinstated

With hours of hard work put in by our dedicated team, and less than a month after submission, Company C’s sponsor licence had been reinstated. The Home Office was satisfied that the documents provided had demonstrated that the roles offered to the sponsored workers were genuine within Company C. The directors of Company C were relieved that they could continue trading.

We are happy that we could be helpful in saving this business and several careers. It gives us immense satisfaction when our hard work brings in good results. Our experienced team works tirelessly on every corporate immigration matter.

Sponsor Licences – Suspension and Revocation The suspension or revocation of your Worker Sponsor Licence (formerly Tier 2) will have devastating consequences for your business. Your ability to issue further Certificates of Sponsorship will immediately end, leaving you unable to recruit the talent you need to meet customer demands and grow your business. In addition,…