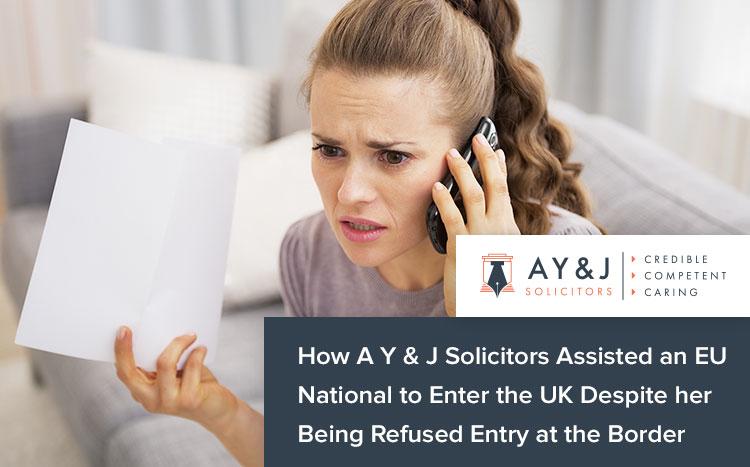 Ms C, a national of Romania approached A Y & J Solicitors regarding being refused entry into the UK after being interviewed by Immigration Officers from the Border Force at Gatwick Airport. The answers she had provided during this interview formed the basis of refusal of admission.

Ms C then returned to Romania on the same day as being refused entry to the UK.

Ms C contacted us seven weeks after returning to Romania. Since Ms C was lodging an out of country appeal, she had 28 days from the date of the Home Office decision to appeal.

We advised Ms C that as 28 days had passed, she was out of time to appeal against the decision. However, we informed her that we would lodge her appeal and submit an extension of time application on her behalf. The First-tier Tribunal judge would assess her reasons as to why she is lodging the appeal out of time and would also consider whether an extension of time should be granted after considering the facts of her case.

Ms C informed us that the reason for her delay in lodging an appeal was because she was not aware of the deadline. Furthermore, due to her limited English, she found it difficult to instruct an immigration lawyer.

We are a multi-lingual firm and have a fluent Romanian speaking Senior Immigration Lawyer.  We were, therefore, able to advise Ms C in her language.

Ms C’s extension of time was granted by the Judge, who considered that Ms C had good reasons for the delay in lodging her appeal. The appeal was subsequently listed for hearing at the First-tier Tribunal.

While we waited for Ms C’s hearing, we requested the Home Office to grant Ms C temporary admission to the UK so she could attend the hearing.

Ms C was refused admission under Regulation 23(1) and Regulation 27 of the Immigration (European Economic Area) Regulations 2016. Regulation 23(1) states, “A person is not entitled to be admitted to the United Kingdom by virtue of regulation 11 if a refusal to admit that person is justified on grounds of public policy, public security or public health in accordance with regulation 27”.

Ms C was refused admission to the UK on the basis that she posed a risk to the requirement of public policy. The Home Office argued that her removal was also to protect her from exploitation and trafficking. This concern was due to her admission to border officers at Gatwick airport that she had worked as an escort.

We informed Ms C that the decision was not made in accordance with the Immigration (EEA) Regulations 2016. The Home Office failed to provide Ms C with a reasonable opportunity to provide evidence of her reasons for travelling to the UK and also ignored the fact that Ms C’s was not intending to enter the UK to work as an escort. Most importantly, the Home Office did not provide any evidence to substantiate the claim that Ms C was a risk to public policy, or that she was at risk of exploitation.

Our team prepared witness statements by Ms C and her partner and drafted robust grounds for appeal.

On receipt of the appeal bundles, the Home Office decided to withdraw its decision to refuse Ms C admission to the UK on the grounds their initial decision was incorrect.

We then contacted the Border Force and requested confirmation that Ms C could re-enter the UK without any issues. We then received a document in writing from the Border Force confirming that Ms C is now permitted to enter the UK. We informed Ms C that she could now arrange to travel to the UK.  To ensure our client’s safe passage, we remained in touch with the Border Force to ensure Ms C’s entry was trouble-free.

Ms C travelled to the UK a few days after the decision was made and joined her partner, a British citizen. 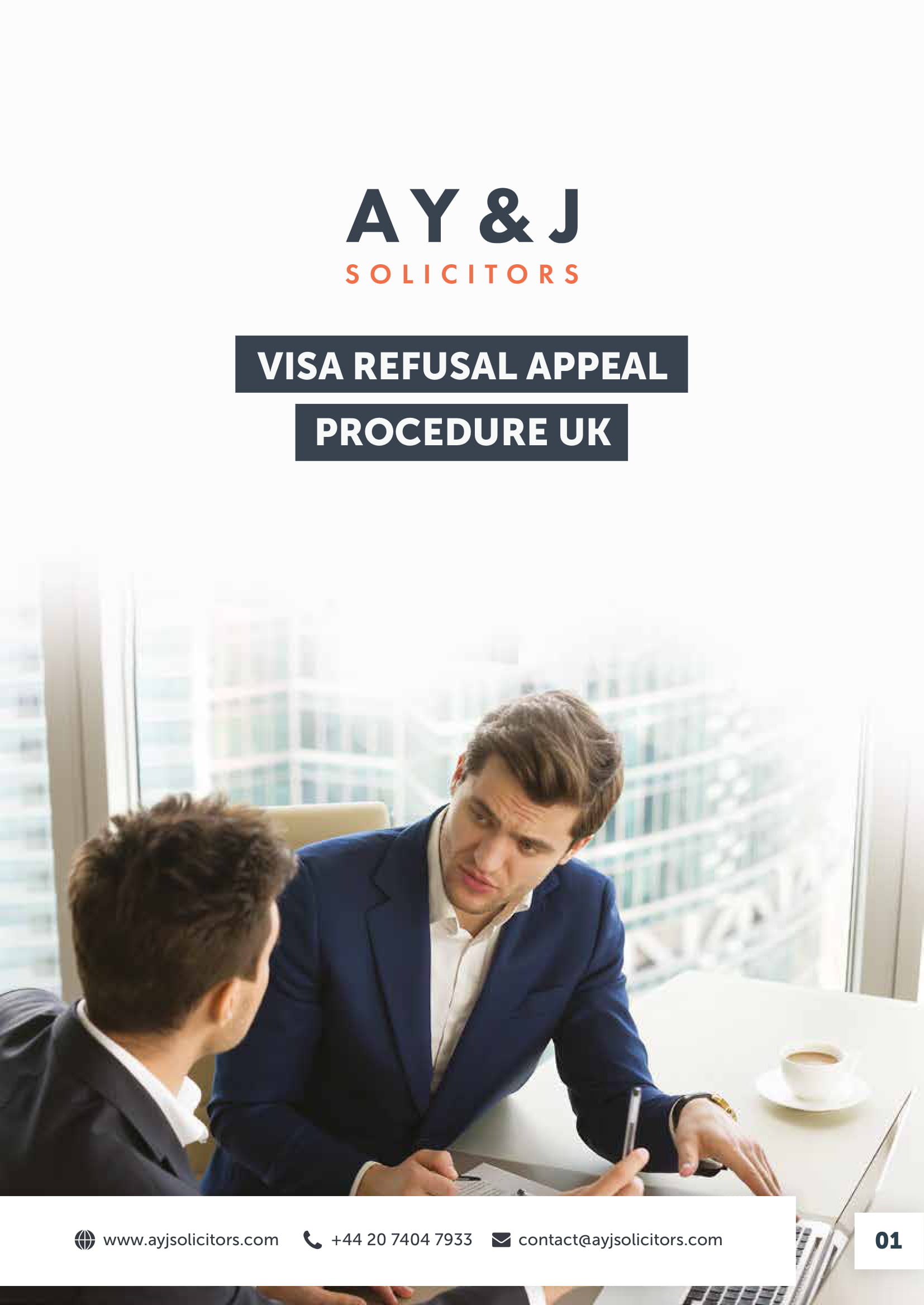