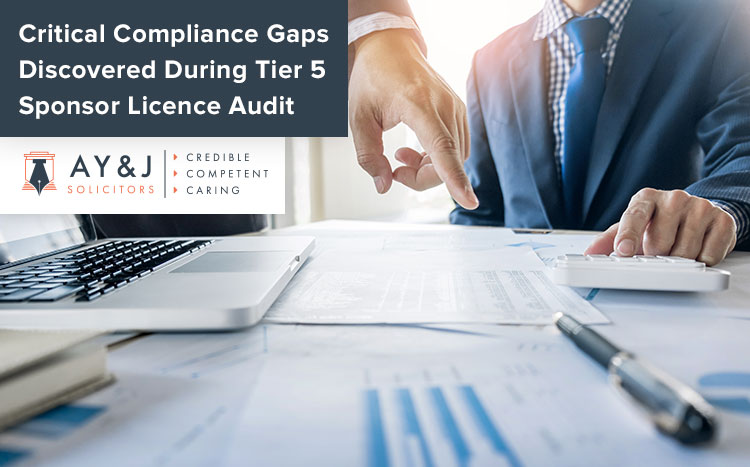 EE has played a major part in bringing internationally renowned Indian artists and celebrities to the UK such as Oscar Winner Indian musician A R Rahman, Adnan Sami, Waris Brothers, and Bollywood celebrity Salman Khan for his Da-Bang Concert Tour. EE has been working with internationally recognised talent in the creative sector as their third-party sponsor.

When we visited EE to conduct a Tier 5 Sponsor Licence Audit we encountered following gaps within their sponsorship duties:

Though EE could assign CoS’ to a performer and their entourage, they failed to retain relevant, corroborating evidence ascertaining that the members of each entourage had proven technical or specialist skills. 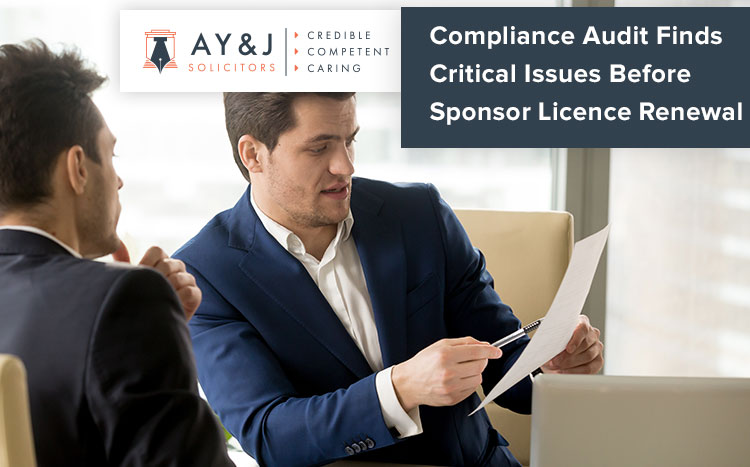 Record-Keeping is Critical to Compliance

We advised EE to retain documents including but not limited to an artist’s CV, copies of relevant qualifications, credits, press cuttings, awards or accolades, previous working relationships with lead applicant/group, and a formal letter from the producer or a copy of the relevant section of the commission agreement confirming the reason the performer is required. It was important that EE improve their record keeping.

We encouraged EE to obtain all the above relevant evidence before assigning a CoS to any migrant.

We encouraged EE to obtain all the above relevant evidence before assigning a CoS to any migrant. While doing random checks out of many thousands of sponsored files, we determined there were missing signed contracts between EE and promoters/organisers for events. This is an important requirement while sponsoring an individual under a Tier 5 category—to keep a signed contract between the sponsor and the individual being sponsored.

EE also failed to retain specified documentary proof where sponsored workers were engaged for films or TV programmes as per Home Office’s policy guidance. They failed to keep Right to Work documents for a few of their sponsored workers. This undermines the confidence in them to be a responsible Tier 5 Sponsor. EE also did not have an automated alert system to be reminded of the visa expiry dates of their sponsored migrant workers.

We highlighted all the above and further gaps in their sponsorship compliance and advised on the best way forward to ensure compliance with their sponsorship duties. EE welcomed and appreciated our input after the Tier 5 Sponsor Licence Compliance Audit. They now have complete confidence in the continuity of their business because they know that they are operating as a fully compliant sponsor.

How to Protect Your Sponsor Licence 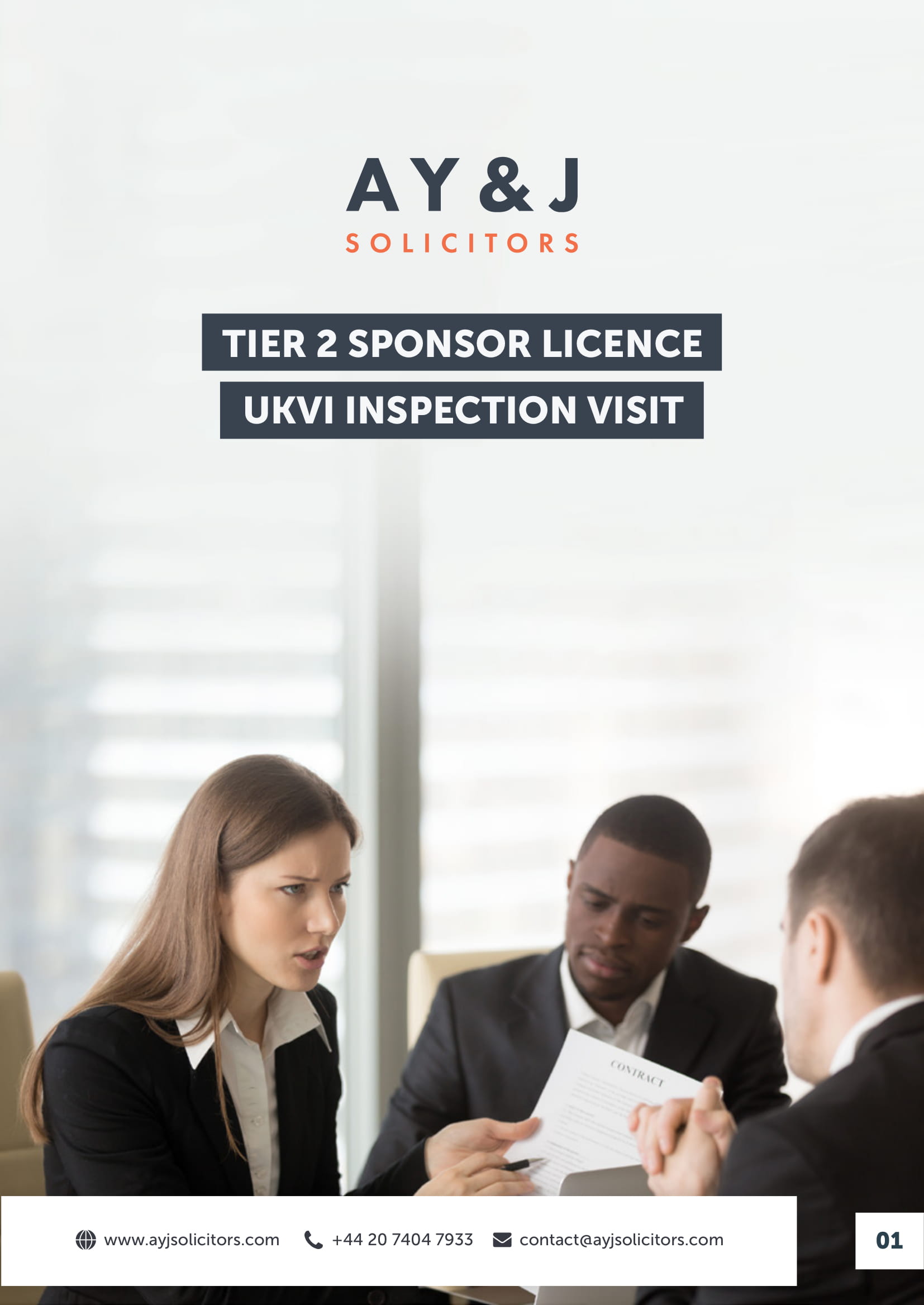 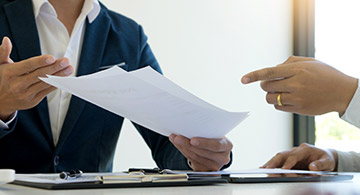 Compliance check services that helps you to prepare for UKVI visit.

Play
How to Protect Your Sponsor Licence

I approached A Y & J Solicitors after a visit from the UKBA. The service I received from them was highly efficient and professional. The level of expertise, was a notch above all the other companies I had used. I have had a positive result from our representations to the UKBA allowing me to keep my Non resident labour. I cannot thank them enough for their service. I would highly recommend to anyone who would like a review of their Sponsor Compliance etc.