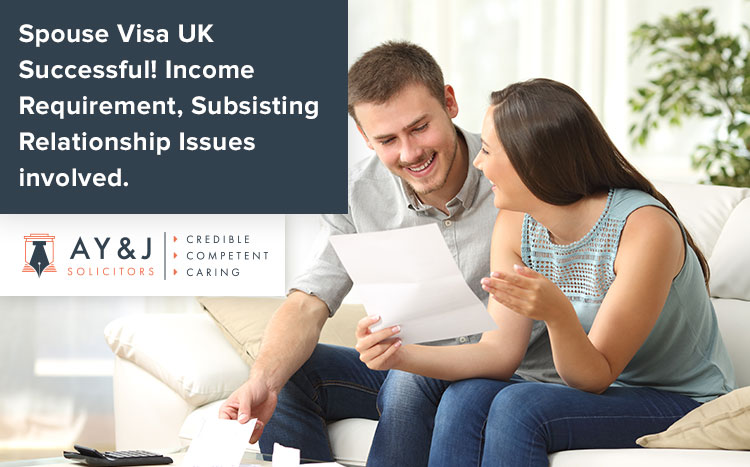 A Y & J Solicitors was approached by Mrs. A, a NON-EEA national who first arrived in the UK in September 2010 on a Tier 2 (General) dependent visa. She had varied her leave to remain in a new immigration category as the spouse of a person present and settled in the UK, and she approached us to assist with her extension of leave in the same category.

During the consultation, we informed Mrs. A that for her to extend her leave in the same immigration category, she will need to show that she satisfies all requirements stated in paragraphs R-LTRP.1.1. (a) to (c) to the Appendix FM.

To assist our client in succeeding with her Further Leave to Remain application as a spouse of a person present and settled in the UK, we prepared a detailed checklist outlining the supporting documents to accompany her application. While reviewing the supporting evidence, our legal team identified that the husband’s income that was to be used for the application would not meet the minimum annual gross income requirement to be granted extension of leave. Further, we identified that despite been married to her sponsor for over two years, the couple did not have much evidence to show that there was a subsisting relationship.

Bearing in mind all the above potential issues identified in our client’s immigration matter, we considered the best possible strategy to assist our client in her extension application matter.

Bearing in mind all the above potential issues identified in our client’s immigration matter, we considered the best possible strategy to assist our client in her extension application matter. Regarding the gross annual income requirement, we identified that our client was in full-time employment with the same employer for the last six months or more and her annual gross salary was above the £18,600 required by UK Visas and Immigration (UKVI).

With respect to their subsisting relationship, we assisted the couple in identifying other potential evidence they could provide to satisfy the requirement. In addition, the couple are the parents of a child who is entitled to British citizenship having been born in the UK soon after the father (i.e. our client’s Sponsor) was granted settlement. This was additional evidence to show that the couple’s relationship is genuine and subsisting since the last grant of leave to remain as a spouse of a person present and settled in the UK. 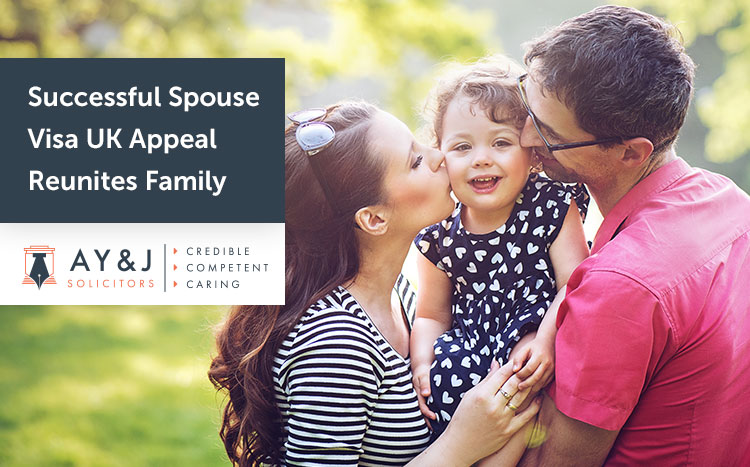 The client was also offered the choice of submitting her application either at any UKVI Premium Service for a quicker decision or through the postal service, where a decision is made within twelve weeks of receipt of the application. To save costs, the couple used the postal service and within four weeks from the date of posting the extension spouse application, our client received a decision informing that her application was approved. She was granted further leave to remain in the UK as the spouse of a person present and settled in the UK.

We are pleased that we could assist this family with their immigration matter and obtained a positive finding in such a short period of time.

Spouse Visa UK – Top Three Tips while Applying for it