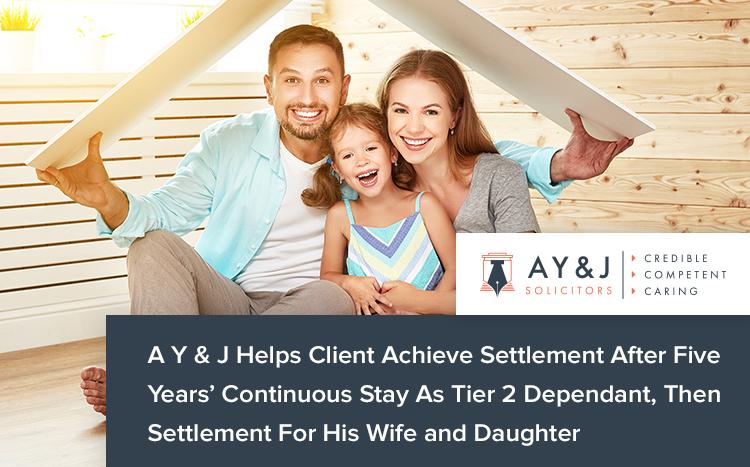 A Y & J Helps Client Achieve Settlement After Five Years’ Continuous Stay As Tier 2 Dependant, Then Settlement For His Wife and Daughter

How A Y & J helped our client achieve settlement

When applying for indefinite leave to remain as the partner of a ‘Relevant Points Based System Migrant’, the applicant must have been in a relationship with the same Relevant Points Based System Migrant and have spent the last 5 years with leave in the UK.  Mr S’s wife, Mrs S was granted 5-year entry clearance, however, she didn’t enter the UK until one month after her visa was granted.  Mrs S and their daughter’s visa then expired, which they did not qualify for settlement.

We suggested she submit the application on the expiry date and rely on the date of the decision to calculate the qualifying period according to the Home Office guidance.

According to page 9 of Indefinite leave to remain when calculating continuous period in the UK:

“Applicants can submit a settlement application up to 28 days before they would reach the end of the specified period.

You must calculate the relevant qualifying period by counting backwards from whichever of the following is most beneficial to the applicant:

Collecting documentary evidence and preparing for the appointment

We also helped Mrs S to collect several documents showing her genuine and subsisting relationship with Mr S, including their marriage certificate, child’s birth certificate and evidence of cohabitation.  Before the appointment, we helped them to scan and upload the relevant documents.  We also drafted detailed legal representations explaining the issue and uploaded the same to the Home Office’s system.

Result: Our client and her daughter were granted ILR on the same day

With our help, Mrs S and her daughter received the decision on the date of their appointment and their application was granted.  Their ILR BRP card arrived just a few days later. 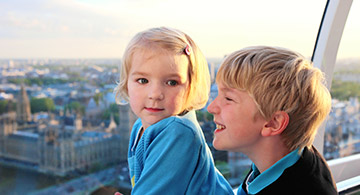 Spouse/partner, and/or dependants can join you in the UK

Having found myself in a rather sticky situation I was desperate for advice/help/guidance. I found A Y & J Solicitors through a friend and with in minutes into my first phone call to them, felt a sense of tremendous peace of mind which I had longed for. Mr Yash spoke very professionally and together with his team went on to do the almost impossible and secure an ‘Out of time’ extremely complicated Tier 2 application for myself and a spouse visa for my wife. Yes they are expensive. But their services are well worth it. They are direct & almost every step of the way they were transparent and kept me updated on the status as and when they knew anything. With out a doubt, I can easily say that our experience with them has been fantastic and would highly recommend their services to any one i know that is looking for a good immigration solicitor. Keep up the excellent work Mr. Yash. God Bless. Thumbs up to the excellent team they have.