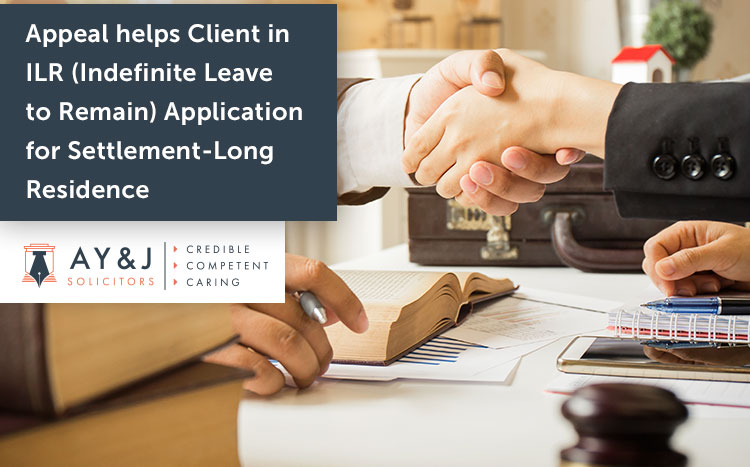 Ms M was a student when she first came to the UK. She was granted entry clearance/further leave to remain as a student on Tier 4 (General) student visa on several occasions to further her studies in the UK. During her studies, she met her boyfriend, Mr A. They began a relationship and eventually this lovely couple moved in together.

After Ms M completed her Master’s degree in the UK, she continued to live and work in the UK under a Post Study Work visa category. She later applied for further leave to remain based on her relationship with her partner, Mr A who had limited leave to remain in the UK. By this time Ms M had lived with him in the UK for a considerable amount of time.

Ms M’s application was refused as UKVI was not satisfied that sufficient evidence was provided to evidence a genuine relationship with her partner. Following the refusal of her application, she approached us for legal advice.

We assessed Ms M’s matter and identified that she had spent most her life in the UK and had nearly completed her 10 years long residence in the UK.

We advised Ms M to lodge an appeal against UKVI’s refusal decision. We prepared grounds of appeal and lodged the appeal in time.

We advised Ms M to lodge an appeal against UKVI’s refusal decision. We prepared grounds of appeal and lodged the appeal in time. After completing her ten-year lawful residence in the UK, and while her appeal was pending for a hearing, we further advised her to vary her existing leave to an application for Indefinite Leave to Remain based on her ten-year lawful long residence in the UK. We provided a comprehensive documents checklist to assist her in gathering documents for her long residence application and assisted her in varying her leave.

When preparing for the appeal, we advised Ms M of the appeal process at each stage. Our specialist team assisted in preparing Ms M and her partner, Mr A’s witness statements, preparing the appeal bundle, submitting the bundle to the First-tier Tribunal (FTT) and Presenting Officer Unit and engaging an experienced counsel to represent Ms M before the FTT Judge on the hearing date.

We provided complete guidance and support throughout the process. Ms M’s Long Residence application was successfully varied at the appeal and her appeal was allowed in the first instance by the FTT Judge. Following the success of this appeal, Ms M was granted Indefinite Leave to Remain in the UK. She can now focus on pursuing her career in the UK and is still enjoying life in the UK with her partner.