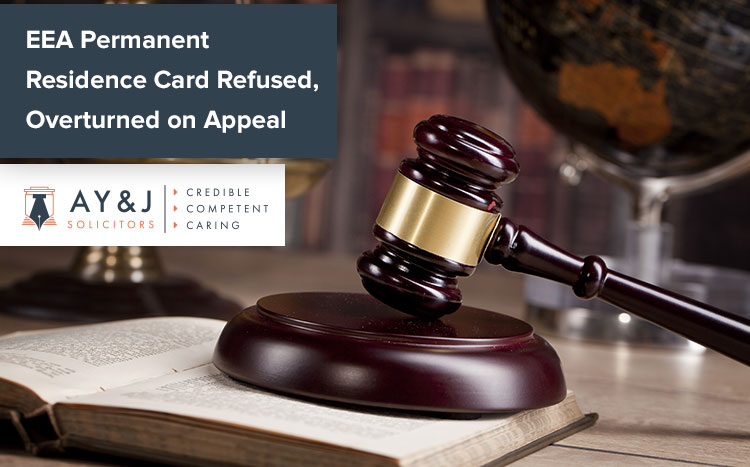 Have you applied for Permanent Residence as the extended family member (unmarried partner route) of an EEA national and your application was refused?

Mr A, a NON-EEA National arrived in the UK as a student. While in the UK he met his girlfriend, an EEA national who was working and residing in the UK. Months after their relationship started the NON-EEA national submitted an application for a residence card as the extended family member of an EEA national exercising treaty rights in the UK. The Residence Card application was approved by the Secretary of State and had a validity of five years. During the five years, the couple was unable to register their relationship through marriage, due to various reasons.

Following the completion of his five years residence, the NON-EEA national submitted an application for Permanent Residence on the basis of his subsisting relationship with his EEA national who had been exercising her treaty rights for a continuous period of five years. 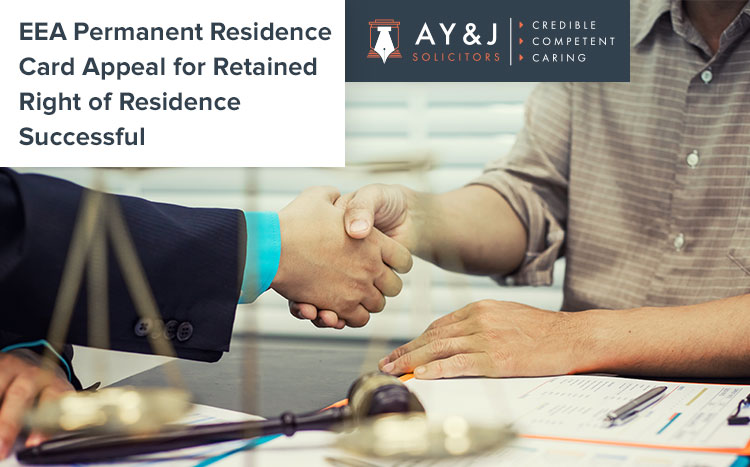 As part of his Permanent Residence Card application, Mr A submitted evidence of his partner exercising treaty rights in the UK, evidence of residing together during the 5 years period, and evidence of their genuine relationship. However, the evidence he failed to submit was evidence of their jointly addressed correspondence, which he did not have during the five years. The couple had resided at various places and because most of the accommodations were shared with other tenants, they did not have bills under their name. At the time of his application, he was not aware that this could be an issue. Within six months from the date he had submitted his Permanent Residence Application, a decision was made by the Secretary of State to refuse Mr A’s application on the basis that the evidence submitted as part of his application did not show that he had been continuously in a relationship with his EEA partner during the five years period.

An appeal is Critical for EEA Permanent Residence Application

A Y & J Solicitors assisted in challenging the Secretary of State’s decision and lodged an appeal. Due to lack of finances, our client opted for a paper appeal rather than an oral hearing. We were confident in securing our client’s Permanent Residence, as the Secretary of State could have used discretion when considering our client’s case and granted the Permanent Residence Application despite not having correspondence addressed in both names.

While preparing the appeal bundle, our experts combined evidence of their cohabitation for each year the couple resided together and this contributed to the success of his appeal without the need to give evidence in court.

While preparing the appeal bundle, our experts combined evidence of their cohabitation for each year the couple resided together and this contributed to the success of his appeal without the need to give evidence in court.

A Y & J Solicitors prepared and assisted Mr A in his paper hearing, and the evidence he and his EEA national partner gave satisfied the Immigration Judge without having to attend an oral hearing. As a result, his appeal was allowed and within a short period, our client received his Permanent Residence Card!