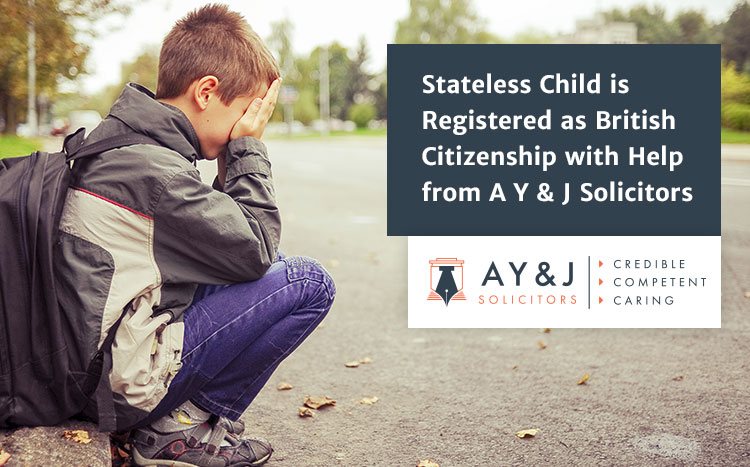 Mr. S approached us to assist with regularising the status of his family.  He and his wife had entered the United Kingdom as students from India over 13 years ago.  Nine years ago, they were blessed with a healthy son.

Mr S spent a lot of time and money seeking advice on how to regularise his family’s status in the UK, and despite numerous applications to the Home office he found himself no further forward.

Mr. S spent a lot of time and money seeking advice on how to regularise his family’s status in the UK, and despite numerous applications to the Home office he found himself no further forward.  After eleven years of failed applications Mr. S reminded the Home Office that his son had been in the UK for over seven years, shortly after this, early last year Mr. S received a letter from the Home Office advising him to take his son to the Indian High Commission and register his birth.  Without a passport for his son, the Home Office would not be able to remove the family back to India.

Two months later, in a strange turn of events, the Home Office issued a new decision with reference to the fact that Mr. S’s son had been in the UK for over 7 years but maintaining the refusal to grant leave.  Although this time, unlike all previous applications, the Home Office granted an in country right of appeal.  An appeal was lodged, and Mr. S and his family finally felt things were going in their favor.

Six months after the appeal was lodged, concerned about the delay and how the case would be argued Mr S decided to seek alternative legal advice.  Having been recommended by a friend Mr S contacted A Y & J Solicitors to assist with the appeal.

Mr. S attended a consultation with one of A Y & J’s expert advisors. During the Consultation it became clear to A Y & J Solicitors that Mr. S’s son had never been issued with an Indian passport and his birth had never been registered with the Indian Authorities.  His parents simply believed that he was an Indian national because they were.

They were surprised to be told that their son was in fact STATELESS, he had no nationality and if they had tried to apply for a Passport for him the issuing authorities in India would have refused to do so. What did this mean for the family?  As their son was “Stateless” by virtue of (Article 1(1) of the UN Convention relating to the Status of Stateless Persons.

Being born in the United Kingdom, their son was entitled to be registered as a British citizen under paragraph 3 of Schedule 2 to the British Nationality Act 1981 which provides:

“3. (1) A person born in the United Kingdom or a British overseas territory after commencement shall be entitled, on an application for his registration under this paragraph, to be so registered if the following requirements are satisfied in his case, namely

(a) that he is and always has been stateless; and

(b) that on the date of the application he was under the age of twenty-two; and

(c) that he was in the United Kingdom or a British overseas territory (no matter which) at the beginning of the period of five years ending with that date and that (subject to paragraph 6) the number of days on which he was absent from both the United Kingdom and the British Overseas Territories in that period does not exceed 450.

(2) A person entitled to registration under this paragraph –

(b) in any other case, shall be registered under it as a British Overseas Territories citizen.”

Born Stateless in the UK to Indian Parents

We advised Mr. S of the mandatory documents required for the application, all we needed to do was establish that his son was born in the UK – at the date of application had been in the UK for a continuous period of five years –  and had not been recognised as a citizen of India.

We advised on how the evidence could be gathered to prove eligibility. Once all of the evidence was gathered an application was submitted. Six months later A Y & J Solicitors were very happy to deliver the good news to Mr. S that his son’s application had been successful and that he was now British.

How does this help his family? Mr. S and his wife still have a pending appeal before the First Tier Tribunal, this new evidence will significantly improve the merits of their Human Rights appeal.  More importantly, their child is no longer stateless and will now lawfully continue his life in his country of birth and have access to all that comes with being British.

Importance of Obtaining Legal Advice when considering the Question of Statelessness

Although this was a great outcome for this child, born in the UK to Indian parents, it should be noted that independent legal advice should be sought by any parent seeking to have their child registered as British. Why?  Each country in the world have their own rules relating to how nationality is passed down from a parent, for some, nationality is automatically passed down the line without any need to register the child with the country of the parent’s origin for others there is a requirement to register the birth of the child. The situation becomes more complex if the parents are not the same nationality.   In this particular case, for a child born to Indian parents, the nationality laws of India applied. The law states that nationality can only be passed to a child born outside of India IF the child is registered with the Embassy in the country of birth within the first year of birth.

If you wish to discuss this complex area of law, please contact us at A Y & J Solicitors [email protected] and allow us to provide you with bespoke legal advice provided by one of our experienced and specialised immigration experts. 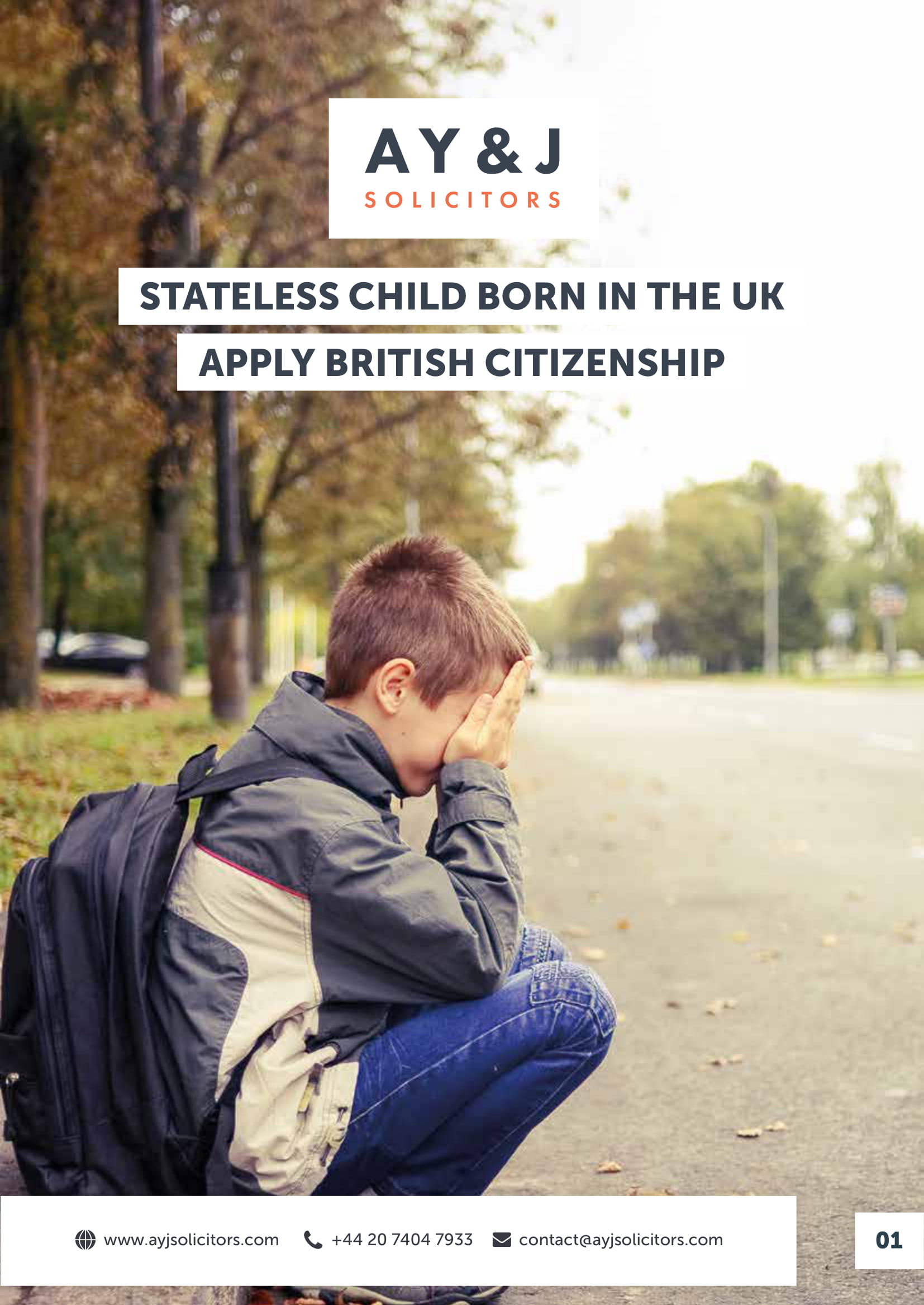