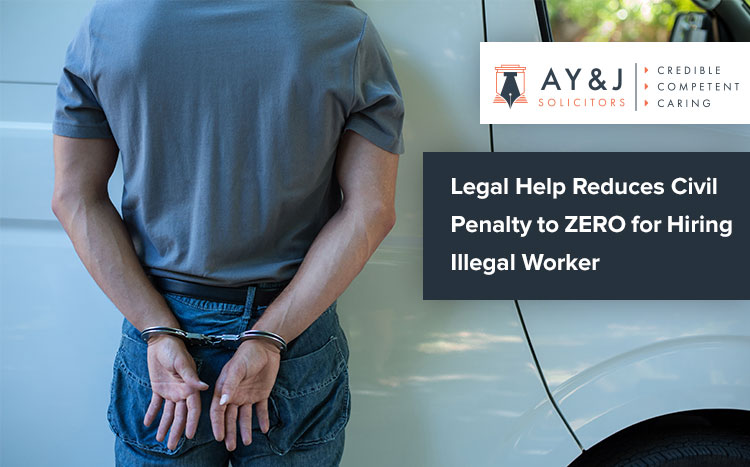 This is what one of our clients experienced. Mr S was a company director that had a Sponsor Licence. While the licence was current his company recruited Ms A, whose leave was due to expire in November 2017.

As a result, Mr S lost the company Sponsor Licence, but he continued to employ Ms A until she received a curtailment letter from UKVI. This curtailment from UKVI simply meant that Ms A had a specific number of days that she could continue to work and then she must stop working or she would become an overstayer with no permission to work or stay in the UK.

In April 2016, Mr S later received a letter from UKVI stating that he was suspected of illegal employment of Ms A. Upon receiving this letter, Ms A’s employment was terminated immediately.

Ten months later, Mr S received a Notice of Penalty in the sum of £20,000. Mr S responded to the UKVI’s allegations without legal assistance outlining why his company should not be penalised. Following consideration of his representations, UKVI accepted some of his mitigation circumstances and reduced the fine to £10,000.

Mr S then contacted A Y & J Solicitors for advice to challenge this fine. We informed him that the UKVI issuance of the fine was potentially unlawful and he had a strong prospect in challenging the decision.

Mr S then contacted A Y & J Solicitors for advice to challenge this fine. We informed him that the UKVI issuance of the fine was potentially unlawful and he had a strong prospect in challenging the decision. The matter was complex as it was not disputed that Ms A was indeed working illegally.

Mr S instructed A Y & J Solicitors to lodge a Notice of Objection. We challenged the allegations on the basis that while Ms A was employed when she had valid leave—as per the UKVI guidance—Mr S was not obligated to do any further checks, and employment of Ms A could continue. At the time when Ms A received the curtailment letter, she failed to inform her employer. We argued that the guidance of UKVI was deficient and placed an unreasonable burden on Mr S, when in fact, Ms A should have told her employer that she was no longer legal in the UK.

As a result of this technical argument, UKVI agreed and cancelled the Civil Penalty in full. This was a huge relief for Mr S as his company would have struggled to pay this large sum.

If you receive a Notice of Penalty, it is very important to seek independent and specialist legal advice to increase your chances of cancelling the fine or reducing the fine significantly.

Following significant changes in law, if UKVI suspects that an employer knowingly employed a foreign worker with no permission to work in the UK, there could be criminal prosecution against the employer. If you have been affected by such a decision, act promptly and contact A Y & J Solicitors for assistance o avoid criminal allegations or fines. 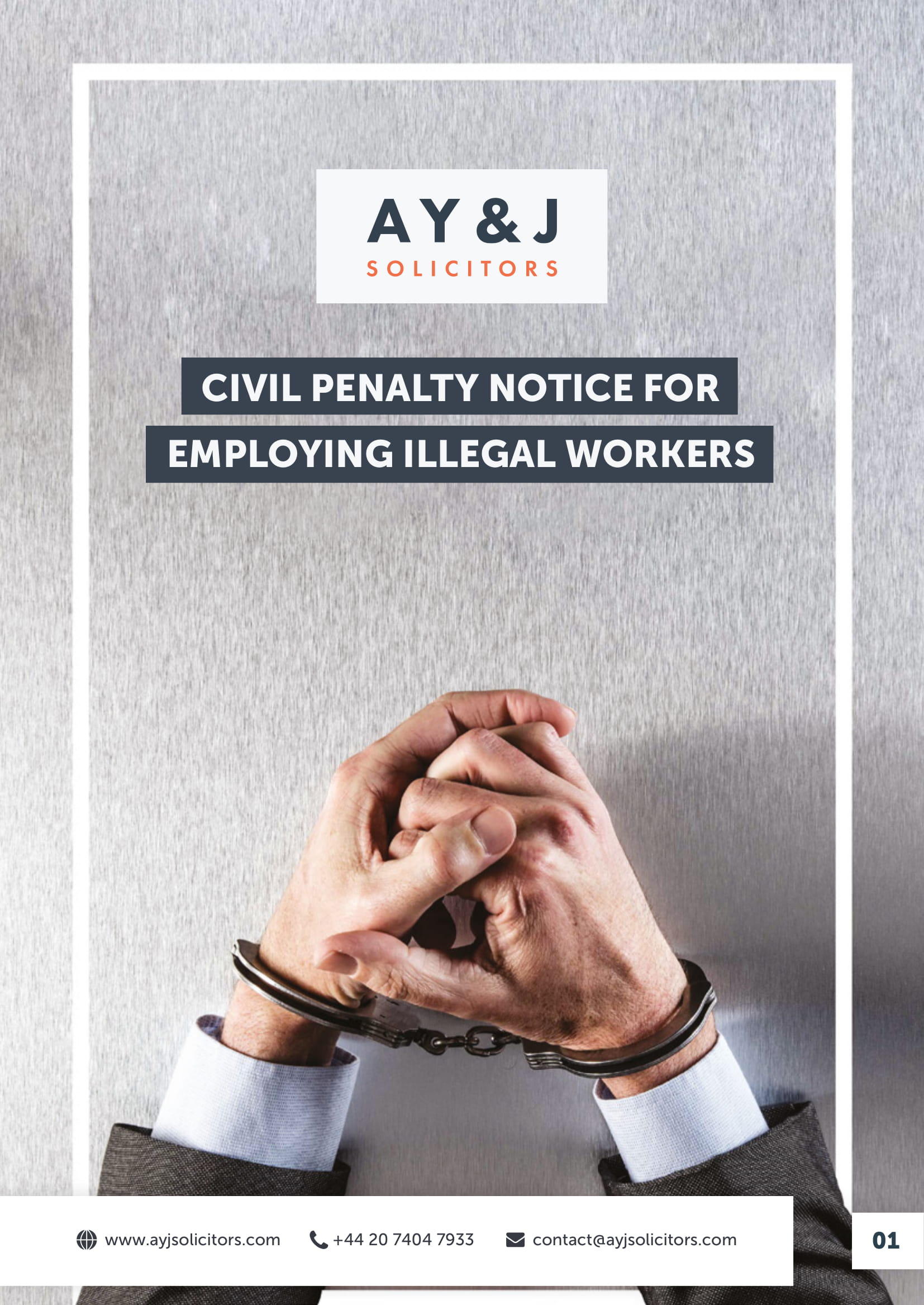 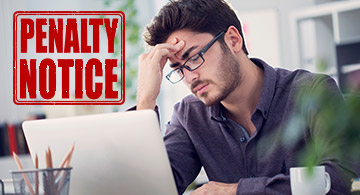 Civil penalties are not always final.

Learn how a penalty was successfully challenged.

Civil Penalty Notice for Illegal Working Employees Civil Penalty Notices are issued by Home Office if they found that business is employing illegal workers. Amplified pressure on the British government to eliminate illegal working has led to a significant increase in the issuance of civil penalties to various businesses. UK Visas and Immigration (UKVI) has…