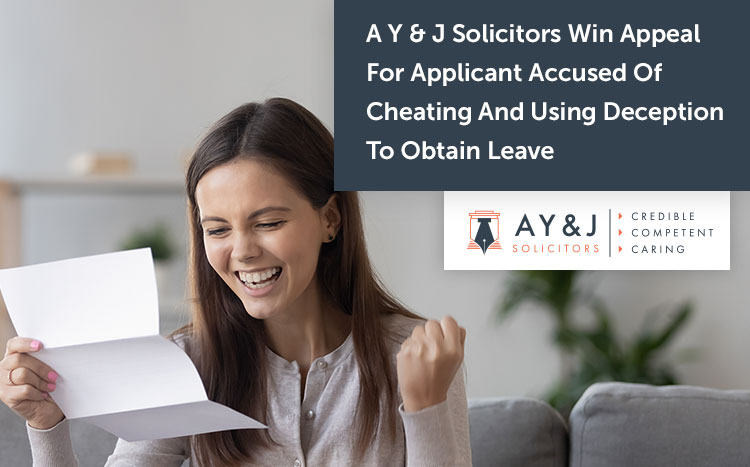 The ETS/TOEIC scandal came to light many years ago, however, the Home Office is still refusing some applicants who took the test on the basis they used a “proxy taker” to sit the test; thereby acting deceptively.  While some applicants were guilty, many were clearly not.

Our client, Ms A first arrived in the UK as a Tier 4 migrant.  She completed both the pre-sessional English and Diploma course.  Ms A wanted to continue studying in the UK, but in order to do so had to pass an English language test.  Ms A opted to sit the IELTS test, but both times she failed.  Not knowing what else to do, she approached an agency who said they could ‘guarantee’ a pass if she sat the TOEIC test at an approved test centre.  Ms A paid the fee and proceeded to use their service.

Whilst studying Ms A met Mr C, and they began a relationship.  Mr C was settled in the UK. Two years into their relationship, Ms A gave birth to their son.  As his father was settled, the child was born British.  By this time Ms A had no status in the UK and was considered an overstayer by the Home Office.  Wanting to legalise her status, she approached a law firm to assist her in making an application on the basis of her relationship with her partner and their son. 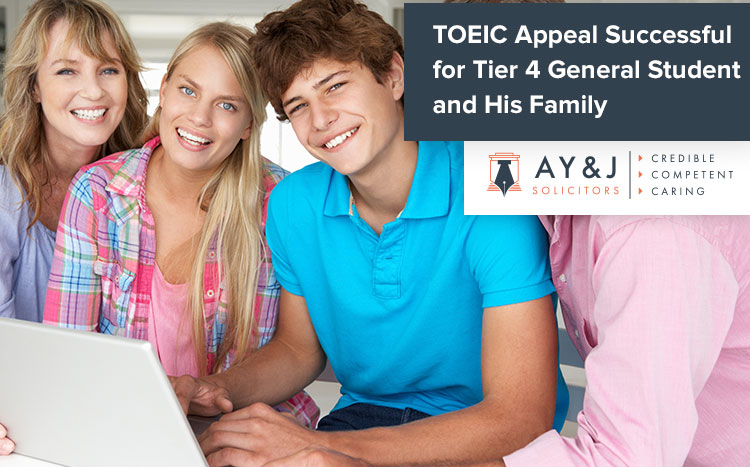 An application was submitted with a same day appointment but was because Ms A was the parent of a British Child; there was no mention of her partner in the application.

Ms A was refused, not because of a failure to disclose her relationship, but because she had been accused of using a proxy to sit the test for her.

Ms A approached A Y & J Solicitors for help as she did not want to be forced to leave her partner and son.

How A Y & J Solicitors Helped Ms A Achieve Leave to Remain?

At our first meeting with Ms A, we reviewed her immigration history and noted the failure to disclose her relationship to the Home Office.  It wasn’t solely that she failed to disclose it; her previous legal representative had advised her that her only hope of getting leave was to apply as the parent of a British child due to insufficient documentary evidence to support an application for leave based on her relationship.

We advised Ms A that her appeal would not be straightforward.  There were two significant issues – TOEIC and the added misrepresentation of being a single parent.  We advised her that she would need to disclose everything at the appeal to have any chance of success.  Allegations of deception can be hard to overcome, but this case was made all the more difficult because of the misrepresentations put forward in the most recent application.

Making sure every detail was considered

We spent significant time gathering evidence of her relationship with her partner; we obtained statements from family and friends to attest to the relationship and drafted a detailed statement of Ms A addressing the issues of deception, highlighting her family and private life established in the UK.  We also prepared a detailed appeal bundle and ensured that the barrister instructed had experience of such cases.

Crucial to this case, we also researched the Nationality laws of Ms A’s Home Country.  It was clear that if she were to return to her country of nationality with her son, he would have to renounce his British Citizenship as dual nationality was not permitted by that nation.

Ms A’s Appeal was Successful, and she was Granted Limited Leave to Remain in the UK

A few weeks after the appeal, we received the Judge’s decision; it made very interesting reading.

A few weeks after the appeal, we received the Judge’s decision; it made very interesting reading.  The Judge was very clear that he was unimpressed by the actions of Ms A, but, because of the impact her removal would have on her son, it would be unreasonable to expect him to leave the UK, and if Ms A were forced to leave without her son it would breach his right to a family life with his parents, and Ms A’s right to a family life with her son.

If not for the impact on the child, this appeal would have likely failed.  As such, the additional work put in by our experienced lawyer made all the difference to this appeal.

Ms A is now able to live without fear of removal and continue her family life with her partner and son.

Within a few weeks, Ms A received her grant letter and Biometric Residence Permit (BRP).

Here at A Y & J Solicitors, we go the extra mile to help our clients achieve their goals. 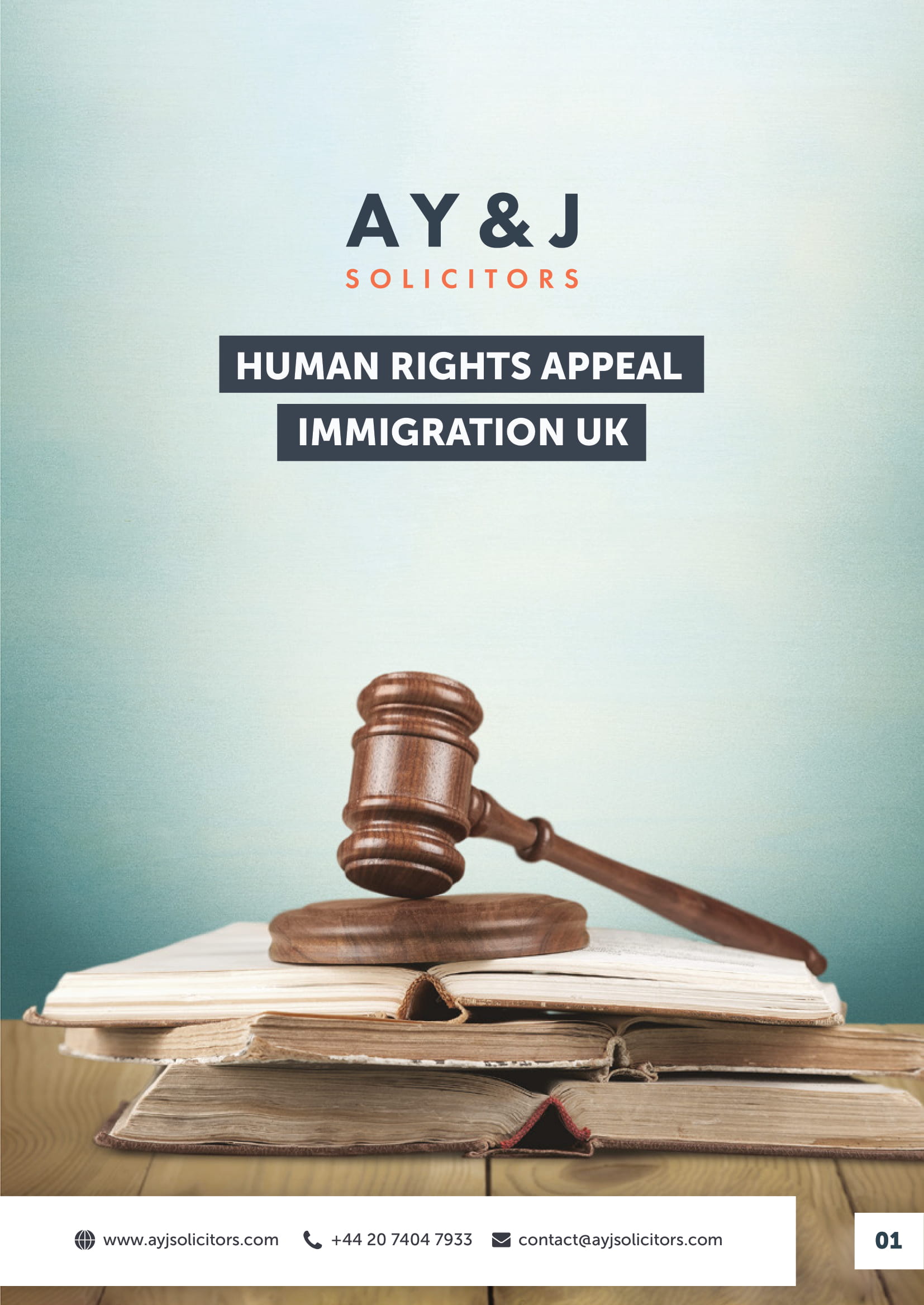