UK universities have always been an attraction to overseas students. One deserving student had almost achieved his dream of studying at a UK university, but after a telephone interview with the Home Office, they determined that he was not a genuine student and refused his application. Thanks to expert legal intervention this story has a happy ending.

Mr N is a student from South Asia who wanted to pursue his dream of studying for a Master’s degree in the UK. He conducted thorough research about UK Universities specialising in the field he wished to study, and choose a well reputed UK university. He submitted his application, and the university offered him a placement in the Master’s program and issued a Certificate of Acceptance of Studies (CAS).

With his university acceptance in hand, Mr N gathered the documents required by UK Visas and Immigration to submit a Tier 4 (General) entry clearance application. On the same day that Mr N submitted his application, he was invited for a Skype interview. One month after this interview he received an unannounced telephone call from UKVI, informing him that they had further questions regarding his application. At the time of this call, he was away from home and was caught off guard as he did expect any further interview. 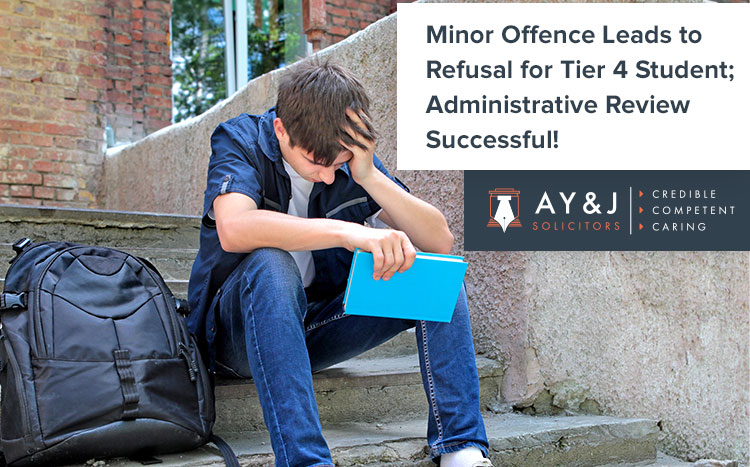 During this second telephone call, Mr N was asked various questions, most of which were irrelevant to the purpose of the application. At times the connection was poor and Mr N had to ask the interviewing officer to repeat questions. He was concerned about the interview and decided to record the conversation.

A few days later, Mr N was informed that his application had been refused based on the answers he had provided in the telephone interview. As the matter was beyond his knowledge and control, he decided to seek legal advice from A Y & J Solicitors. During our consultation, we listened to the audio recording and confirmed that the answers provided by Mr N in his telephone interview had not been recorded accurately by the interviewing officer. UKVI’s refusal letter contained inaccurate answers attributed to Mr N. Points based system (PBS) applications do not offer a right of appeal, so the only remedy to Mr N’s unfair refusal was an Administrative Review (AR). In most cases when genuineness is an issue the AR application fails, but we were confident we would be successful.

The first step was to obtain a copy of our client’s interview records for the Skype and telephone interview. While preparing the Administrative Review grounds we noted numerous inconsistencies in the answers given by our client and the information recorded by the interviewing officer and stated in the refusal.

The first step was to obtain a copy of our client’s interview records for the Skype and telephone interview. While preparing the Administrative Review grounds we noted numerous inconsistencies in the answers given by our client and the information recorded by the interviewing officer and stated in the refusal. We prepared a detailed supporting statement from our client along with Administrative Review grounds challenging the refusal letter.

While the AR application was pending, we received an email from UKVI along with an attachment containing the interview notes from the telephone interview with our client. It was clear while reviewing these notes that the interviewing officer had only requested information to support a refusal by UK Visas and Immigration. For example, Mr N was asked why he had chosen X university and whether he had looked at others. According to the audio recording, our client listed 5 UK universities he had considered prior to his decision to apply for X university. The interview notes only contained the name of the X university instead of the 5 he had considered.

After receipt of the email and typed interview notes, A Y & J Solicitors sent further representations to the AR team, even though the AR application had already been filed. Within 3 weeks of submitting our client’s AR application, he was informed that his AR had been successful, and he was issued his Tier 4 (General) visa. He missed the university intake for October 2017, but he has been given the opportunity to start his course in January 2018.

Had Mr N decided not to seek legal advice following the refusal of his application, he would not have been able to join the Master’s program and his funds and efforts would have been wasted. We are happy we could help this young man pursue his education and his dreams in the UK. 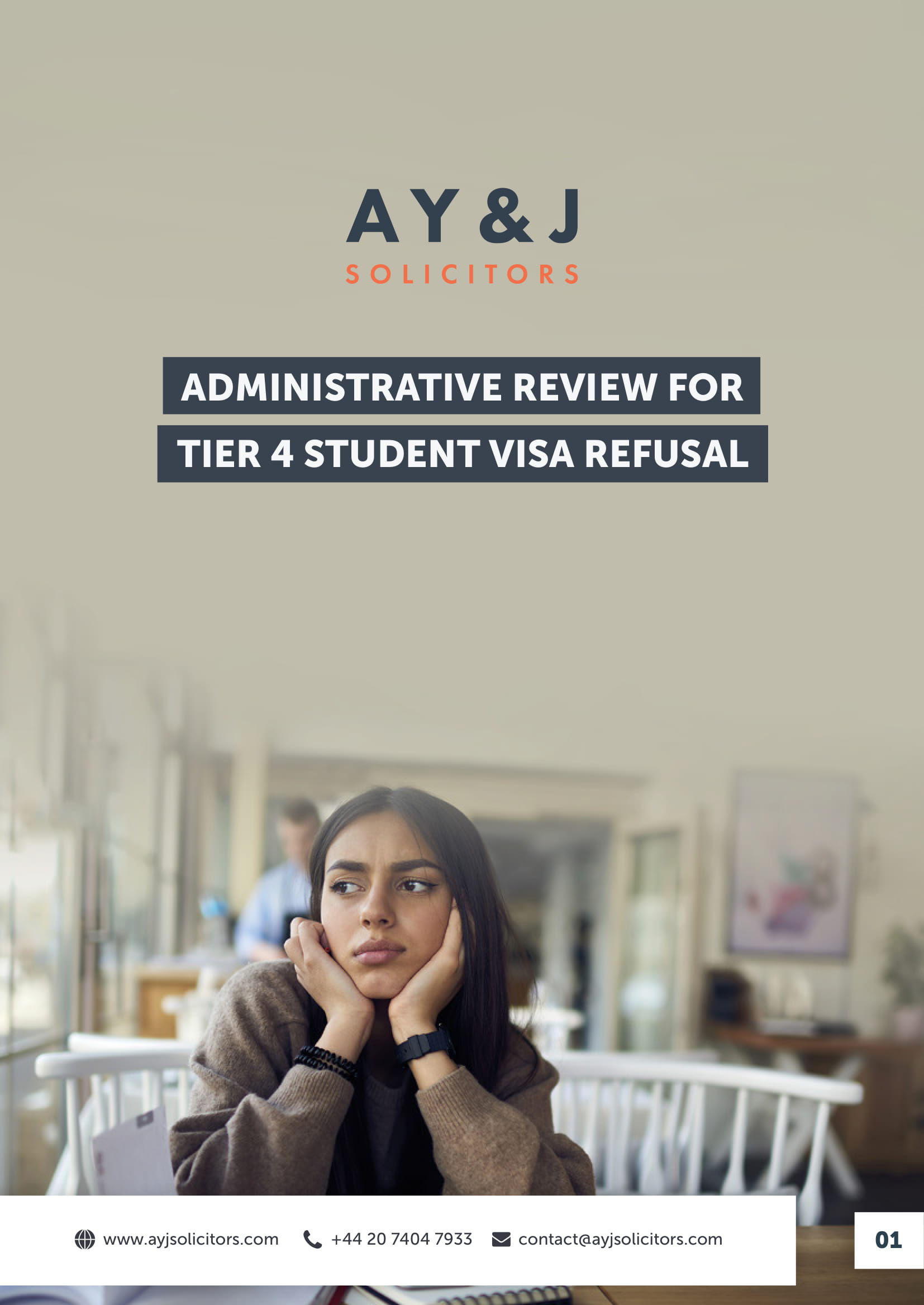