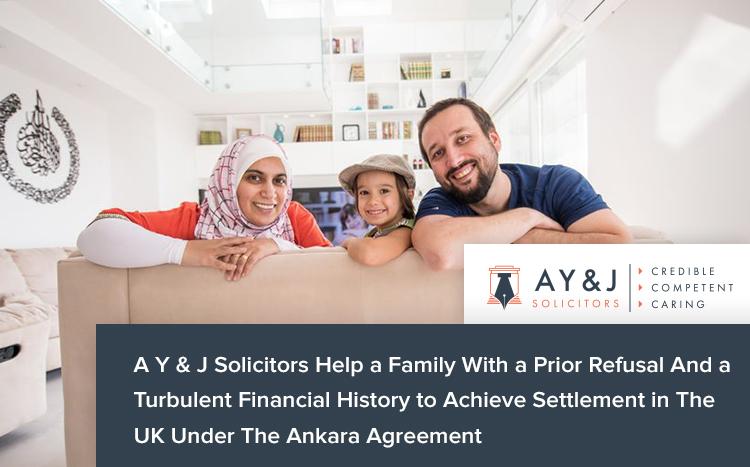 Mr D, was a Turkish national residing in the UK as a self-employed businessperson under the “Ankara Agreement” in place with Turkey, along with his family members.  The Rules permitted Mr D to reside and do business in the UK and, promised settlement after four years at that time.

In May 2018, upon completing four years of continuous residence, they left the matter with their previous representatives to prepare and submit an Indefinite Leave to Remain application on their behalf.  However, upon receiving their decision letter from the Home Office, they came to know that instead of receiving settlement – they had been granted further leave to remain in the UK.  It transpired that they were affected by the Rule change implemented on 06th July 2018, which then required applicants under the ECAA Rules to complete five years of continuous residence.  It was evident that there was a lack of advice and action causing this outcome for the family.

A year later, Mr D approached A Y & J Solicitors ahead of reaching the required five years.  Mr D was nervous with regards to the prospects for his settlement application and wished to have advice on his situation.  Mr D did not trust his previous solicitor, which understandably caused him to be more cautious and nervous with regards to his prospects for settlement in the UK.  Mr D had a consultation with a Senior Caseworker in the office, who took the time to understand his situation in detail and most importantly, his worries and concerns moving forward with an application.

Mr D previously ran a successful business in Turkey, at that time holding a large contract with one client, before moving his business to the UK.  His business in the UK was operating well with a healthy profit margin.  However, there were three issues raised; 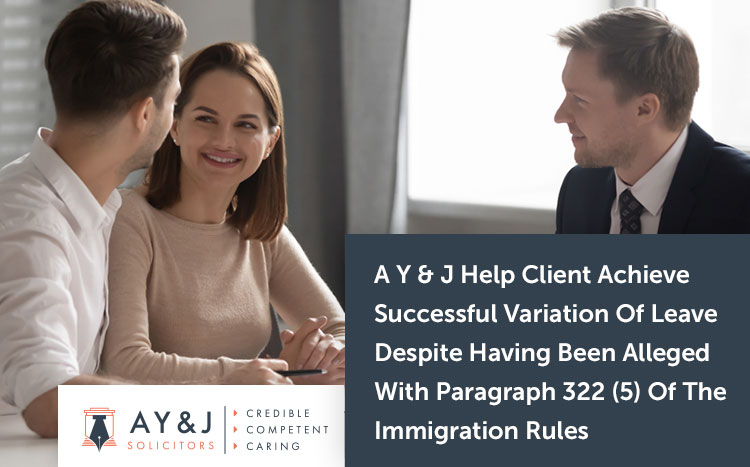 How Did A Y & J Solicitors Tackle the Application?

Firstly, we assisted Mr D in transferring his file of papers from the previous solicitors, so that he did not have to deal with them personally again.  We took the time to review the documentation in the file, to understand the immigration history and the family’s circumstances in detail.  This enabled us to request only the advisable outstanding evidence and make the process much more efficient for the family.

Overall, our approach encompassed honesty and compassion, and we presented the case transparently to the Home Office.  Through our advice, the family were able to clear all debts in Turkey, ahead of the application.  We suggested that their lawyer in Turkey issue a letter on their behalf, to outline the factual matters of the civil judgement and the prospects for our client’s success.  We drafted a detailed legal representation letter and submitted it with the application which gave context to their circumstances and put forward a comprehensive legal argument, disclosing the previous misrepresentation.  Throughout the process we endeavoured to give guidance and reassurance when needed, to minimise stress and worry for the family.

Finally, we were able to inform them that their applications were successful, and they had, after such a journey, received their settlement in the UK.  This meant their future was secure, and they could now concentrate on moving forward as a family and building the business in the UK with full peace of mind.