Jashwha Moses died in late October 2019, without having his last wish fulfilled.  He dreamt of one last holiday “just to be free” before his death, but his dream never came true.  As one of the Windrush generation, who came to settle in Bristol from Jamaica 50 years before his death, for decades he had been too frightened to leave Britain.

Mr Moses was petrified that if he set foot outside the UK, he would never see his home and family again.

As one of the most talented reggae musicians of his generation, Mr Moses came to the UK at age 12.  Although he travelled to pursue his music in his younger years, the creeping in of more hostile immigration policies saw him become scared to go beyond British shores.  His journey towards applying for British Citizenship was documented in BBC’s Inside Out West.  He told documentary makers:

“In the 1990s, I was travelling but then all of a sudden, I hear of people and know people who went out of the country and somehow could not get back in.”

The plight of the Windrush Scandal is one of the most shameful in this country’s recent history.  Following the end of the Second World War, Britain, desperately short of labour, invited citizens from Jamaica, Trinidad and Tobago and other islands to come to the ‘Mother Country’ and rebuild her bombed-out, shattered cities.

Windrush refers to the ship MV Empire Windrush, which arrived at Tilbury Docks, Essex, on 22 June 1948 carrying 492 passengers, many of them children.

The Home Office did not keep a record of those granted leave to remain or issue any paperwork confirming it – meaning it is difficult for Windrush arrivals to prove they are in the UK legally.  And in 2010, landing cards belonging to Windrush migrants were destroyed by the Home Office.

Because they came from British colonies that had not achieved independence, they believed they were British citizens.  However, in 2012, immigration law was changed, requiring people wanting to rent a property, work, or receive NHS treatment to provide proof of Settlement.  Many of the Windrush generation never thought they needed to apply for British Citizenship, thus found themselves being persecuted by the Home Office.  They were denied the right to work, access healthcare, and some were even deported back to the Caribbean, a place as familiar to them as the Moon.

Will EU Citizens face the same fate as the Windrush generation under the Settled Status Scheme?

There are over three million EU/EEA nationals living in the UK.  Every one of these people has until 30 June 2021 to apply for Settled Status or Pre-settled Status.  This will allow them to legally live and work in the country and receive benefits and healthcare.  Those who do not apply under the Settled Status scheme risk being deported in the future.

The idea that an overstretch, cash-strapped Home Office, whose staff may be indirectly incentivised to refuse applications and issue removal orders  will competently process three million Settled and Pre-settled Status application is a gigantic stretch of the imagination.

Failures and mistruths are already being reported.  A new report suggests more than 7,600 applicants have not been granted permanent permission to live and work in the country.  This is contrary to the Governments statement that only two applicants have been denied Settled Status on “sustainability grounds”.

Many EU nationals have also reported their experienced of being denied Settled Status to the media.  For example, Bina Gayadien from Holland, who has lived in the UK for 20 years was initially only given Pre-settled Status rather than Settled Status.  This meant she could not apply for British Citizenship after 12 months, as she would have been able to if the correct status been granted.

The concerns over the EU Settled Status scheme are mounting.  And with an election on the horizon, the uncertainty over Brexit may continue well into next year.  In the meantime, the best strategy EU/EEA nationals can adopt is to apply for Settled or Pre-Settled Status as soon as possible and seek legal advice if it is rejected.

Jashwha Moses passed away one month after receiving his British Citizenship.  He never got to fulfil his final dream.  But we can all appreciate his music.

A Y & J Solicitors are specialists in immigration law based in central London.  If you would like more information regarding the Settled Status Scheme, please contact us at [email protected] or call +44 20 7404 7933.

Disclaimer: No material/information provided on this website should be construed as legal advice. Readers should seek an appropriate professional advice for their uk immigration matters.

Linkedin
Previous BlogAccess the UK Market: What you should know about the Sole Representative Visa
Next BlogNew Immigration Changes to Tier 2 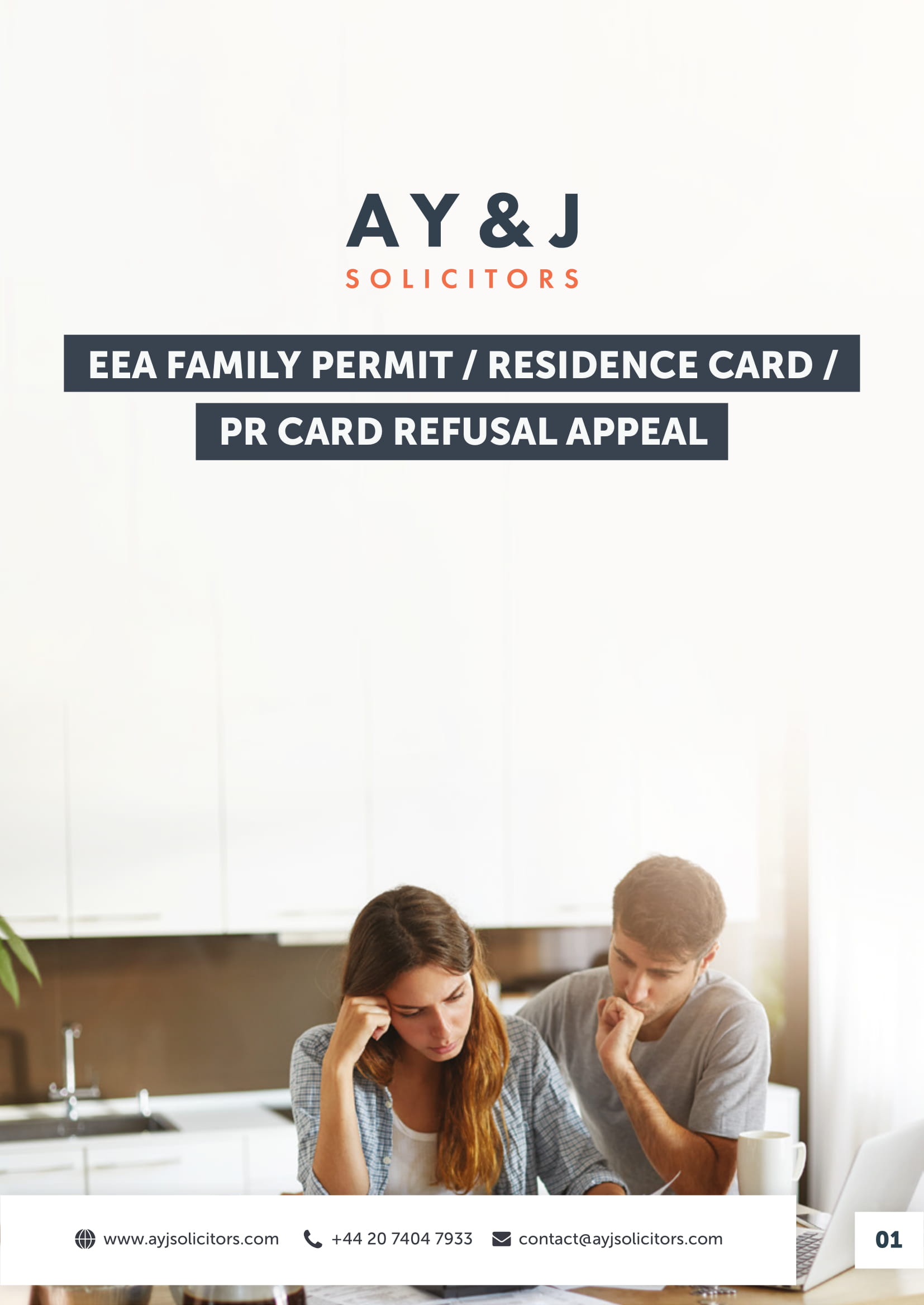 Pre and Settled Status under the Immigration Rules Appendix E

Pre and Settled Status under the Immigration Rules Appendix EU On 30 March 2019, the government opened up the EU settlement scheme to EEA nationals residing in the UK and their family members.  Those who qualify can now register for Settled Status and have their right to live and work in the UK indefinitely confirmed….