One sector which claimed the Home Office was unfairly targeting it in the last few years was the treasured UK institution; the curry house, which employs around 100,000 and is facing a huge shortage of skilled chefs. The Bangladesh Caterers Association even wrote to the Immigration Minister, Brandon Lewis, highlighting the impact of tough new immigration laws and what restaurant owners say is an increase in immigration raids.

The Secretary-General of the Association, Oli Khan, told the Observer newspaper in 2017:

“We have [faced] a lot of hurdles, not least uncertainty over what Brexit may mean, and now all of a sudden there is more pressure. In the past year, it was quite quiet but now [the raids] have started again and it is getting tough for a lot of restaurants. This is a multibillion-pound industry, so we are hoping that the government can help us, at least in the short term. They are spending more money to get rid of people that could be earned by the taxpayer if people were allowed to get their affairs in order. People could be given short-term stays, for example, rather than money being spent to send them away.”

Many businesses are unaware of the time and resources required to comply with Sponsor Licence duties and responsibilities. Even large organisations with dedicated Human Resource departments can find it difficult to keep up with changes in the law, many of which are brought in with little notification.

The purpose of an unannounced Home Office compliance visit is to catch-out organisations who have failed to keep up-to-date with record-keeping duties or have inadvertently allowed a person whose leave to remain has expired, to remain employed. If you lack the confidence your Sponsor Licence policies and procedures are fully compliant, the ongoing threat of such a visit can be stressful and prevent you from fully concentrating on growing your business.

Be Prepared for a UKVI Sponsor Licence Compliance Inspection

One  – Sponsor Licence Compliance Requirements Can Quickly Change With a Notification

The details of the sponsor duties and responsibilities are not contained in the Immigration Rules or any legislation, but instead in the Sponsor Guidance (SG) Tiers 2 and 5 of the Points-Based System.

The overriding aim of the UK government is to reduce net migration to under 100,000 per year. To try and achieve this arbitrary figure, business immigration rules are often swiftly changed, catching our Sponsor Licence holders who do their best to diligently comply with their duties and responsibilities.

One example of a recent rule change is the increase in minimum ‘experienced rate’ for Tier 2 (General) Visa from £25,000 per year to £30,000 per year on 6th April 2017. The minimum salary criteria are now one of the most complex areas relating to the Tier 2 visa category. Failure to pay a Tier 2 applicant correctly can result in a candidate being denied entry clearance, leading to frustration on their part and lost productivity for the business due to the delay in bringing much-needed skills into the UK.

Working with an experienced immigration lawyer helps with any concerns regarding rule changes. Employers and HR directors have enough to worry about without having to take on the added burden of monitoring immigration law. Investing in Sponsor Licence compliance support means being in a better position complying with a recent regulatory change.

Two – Maintaining Adequate Records is Time-Consuming and Easy to Neglect

Record-keeping is an integral part of UK Sponsor Licence compliance. Part of the process for applying for a Tier 2 and 5 Sponsor Licence is appointing Key Personnel to manage compliance. Not only do these people have to keep up with any changes made to the Sponsor Guidance, but there must also be sufficient backup systems and personnel in place in case those with specific responsibility are away from work, or there are other potential breakdowns in reporting lines.

What few businesses realise is the Key Personnel positions of Key Contact and Level 1 can be outsourced to an immigration lawyer. By doing this, you can be confident that the Sponsor Management System will constantly be kept up-to-date, record-keeping and reporting systems are appropriate to the size of your organisation and effectively maintained, and any changes in compliance requirements are immediately communicated to relevant people within the business. This frees up internal staff to get on with other core business projects and takes away any stress of non-compliance issues being picked up in an unannounced Home Office visit.

If Home Office compliance officers find your organisation has failed to comply with Sponsor Licence duties and responsibilities, the penalties are severe. Your licence can be downgraded or suspended, meaning you will be unable to issue any new Certificates of Sponsorship until you rectify the issues identified in the inspection.

In cases of extreme breaches of your duties and responsibilities, your Sponsor Licence can be revoked. Some breaches, such as employing a new migrant in a job that does not meet the appropriate skill level requirements as set out in the Sponsor Guidance, can lead to mandatory revocation of your licence. Read our blog on suspension/revocation for more information.

Having a Sponsor Licence revoked not only has harsh consequences for your business, but any Tier 2 or 5 migrants employed by you will have their leave curtailed if they cannot find another Sponsor Licence holder to employ them.

A Y & J Solicitors can Help, Assist and Advice with Your Sponsor Licence Compliance

Sponsor Licence duties and responsibilities should not be taken lightly. Investing in compliance support can save you time, money and stress in the long-run. Our team of experienced lawyers assisted numerous business in improving their Tier 2 Sponsor Licence HR system and retaining their licence following a Home Office visits. And as the rules around business migration get tougher, the confidence compliance support A Y & J Solicitors can provide is invaluable.

Really good service, Yash and team know what they are doing and talking about.

Really good service, Yash and team know what they are doing and talking about.

Would highly recommend them.” 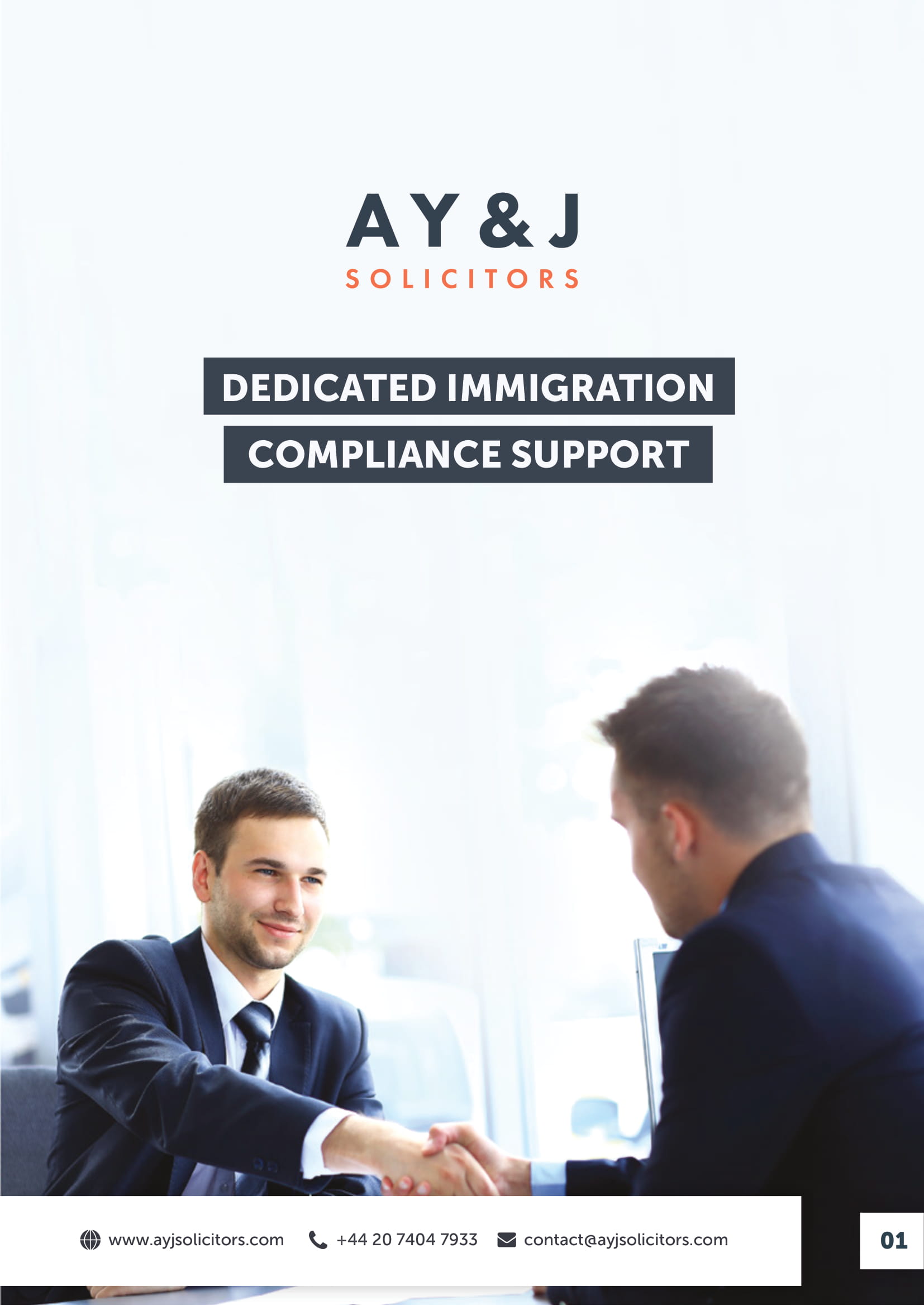 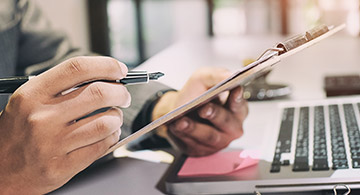 Important information —mandatory for all sponsors.