1. Why was my UK Worker Sponsor Licence application refused?

There can be numerous reasons for the refusal of your sponsor licence by the Home Office.

However, some of the most common and basic reasons for refusal are –

2. What are the categories of UK Worker Sponsor Licence?

The Worker Licence is divided into four different categories :

3. How can a UK startup hire non-UK/Irish nationals?

Your company will need to apply for a Worker Sponsor Licence to be able to hire overseas staff. You will need to show that your business is trading in the UK and has genuine need for skilled positions.

You will need to provide evidence that you are a genuine organisation in the UK. Some acceptable documents include:

You will also require a letter from your company confirming why you need a Sponsor Licence.

Once you have gathered your supporting documents, you will be in a position to submit your online application form and pay the fee for the sponsor licence.

4. How costly is the fee for a UK Worker Sponsor Licence?

The fees to obtain a sponsor licence are as follows:

The “Register of licensed sponsors: Workers” the list of UK organisations and businesses who have been approved as Sponsors by the Home Office, under the Worker and Temporary Worker categories.

When your Licence is approved your name will appear in the list as an approved Sponsor.

On the register, you can find the following details –

6. Where can I find a sponsor licence number?

7. How long does a sponsor licence last?

The Sponsor Licence is valid for 4 years from the date of approval. The Sponsor can apply to renew their licence if they would like to continue to sponsor migrant workers.

8. Why is it so important to have a sponsor licence?

From 1 January 2021, employers wanting to sponsor EEA nationals will need a Sponsor Licence.  The same applies if you wish to sponsor NON-EEA nationals.

9. How does a sponsor renew their sponsor licence?

You will need access to your Sponsor Management System (SMS).  You will then need to access the relevant section “Renew your Sponsor Licence” and pay the relevant fee depending on the size of your organisation.

When renewing the Sponsor Licence you should also have had an internal audit on your HR systems, to ensure you continue to meet the duties as a Sponsor.   This will assist you in the event you were to be visited by a Compliance Officer following the renewal of your Sponsor Licence.

To know more about the renewal of a sponsor licence, check Tier 2 Sponsor Licence Renewal.

10. How much does it cost to sponsor a Worker visa?

As above, applying for Sponsor Licence costs between £536 and £1,476, depending on the size of your organisation.

Certificate of Sponsorship Assignment for a Worker – £199

Certificate of Sponsorship Assignment for a Temporary Worker – £21

Visa application fees would also be payable by the sponsor or employee.

You will find a list of all organisations who hold a Sponsor Licence on the Register of Licenced Sponsors: Workers. Some businesses who are actually licensed to sponsor migrants may not be discoverable by a search of the register: for example if they are registered as a subsidiary or branch of another firm, who is the licence holder. It is worth contacting the company directly to find out if they are able to sponsor migrant workers.

3 Tips Before Applying Sponsor Licence by A Y & J Solicitors

On what grounds can the Sponsor Licence be revoked? 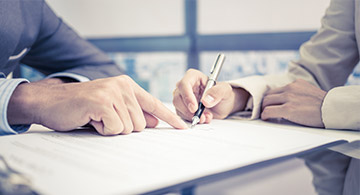