ETS TOEIC Judicial Review helps many innocent applicants who were a victim of a blanket refusal policy of Home Office. For many students caught up in the Educational Test Services (ETS) Test of English for International Communication (TOEIC) scandal, the past few years have been unimaginably stressful. If you are considering applying for a Judicial Review in response to the decision by the UK Home Office to refuse to grant them a visa or to deport them, this article will explain the top three things you need to know about the process.

What is the ETS – TOEIC Scandal?

ETS is a long-standing institution that has been involved in the issuance of the TOEIC. The test is used by immigrants to the UK to prove they are proficient in English, a requirement for many Points-Based System visas.

In 20014, BBC’s Panorama programme ran a programme showing a small number of providers involved in fraudulent practices concerning the English language test system. Candidates at two test centres were substituted by bogus exam sitters and prospective student visa applicants had the answers to the test revealed to them.

Nine people were convicted of running the fraudulent scheme in December 2016. It is estimated around 1,000 Tier 4 Visa applicants passed the exam using dishonest methods.

Following the Panorama programme, the Home Office, led at the time by now Prime Minister, Theresa May, stopped accepting TOEIC pass certificates for visa applications, and launched a nationwide investigation. This resulted in 48,000 students being sent “Removal Directions” requiring them to leave their studies, and the UK.  Around 70% of the students affected were Indian nationals. The Sponsorship Licences of around 60 Higher Educational Institutes were also subsequently revoked.

After allegations of improper testing at the ETS, the Home Office also refused visas under the alleged use of deception and denied tens of thousands of students already legally studying in the UK access to the country. These students were not given a warning and were not provided with any chance of defence or rebuttal.

Can I apply for Judicial Review if I Have Been Affected by the ETS-TOEIC Scandal?

Thanks to the decision in SM and another v Secretary of State for the Home Department many migrants have been able to successfully apply for Judicial Review after facing deportation or having their visa denied following the scandal.

Client says, “Anyone who struggle with immigration issues will understand how devastating it is and how much right advice and guidance can help. I found A Y & J online contacted them after reading reviews, it turned out to be the best decision I made.

A Y & J online contacted them after reading reviews, it turned out to be the best decision I made.

I would highly recommend A Y & J for anyone looking for a reliable immigration service in UK. The advice and guidance I received from A Y & J regarding my ILR application was exceptional. Thanks to Diana and Yash for understanding my case and guiding me in the right direction in every step of my application.

I will definitely recommend anyone using A Y & J for their immigration matter”.

Here are our top three tips when making an application for Judicial Review:

Your lawyer will carefully explain the process of Judicial Review as it relates to decisions surrounding the ETS –TOEIC. Although the process may seem complex, an experienced solicitor will not only be able to explain the remedy clearly to you but in most cases seek an early settlement. Remember, a good lawyer fights for an early settlement to keep their client from having to go to court. In a majority of the cases A Y & J Solicitors advises on, we are successful in this goal. 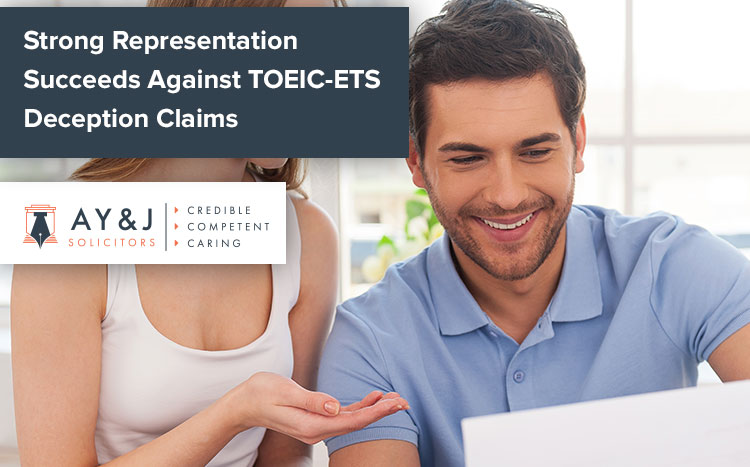 Brochure on Judicial Review of TOEIC-ETS 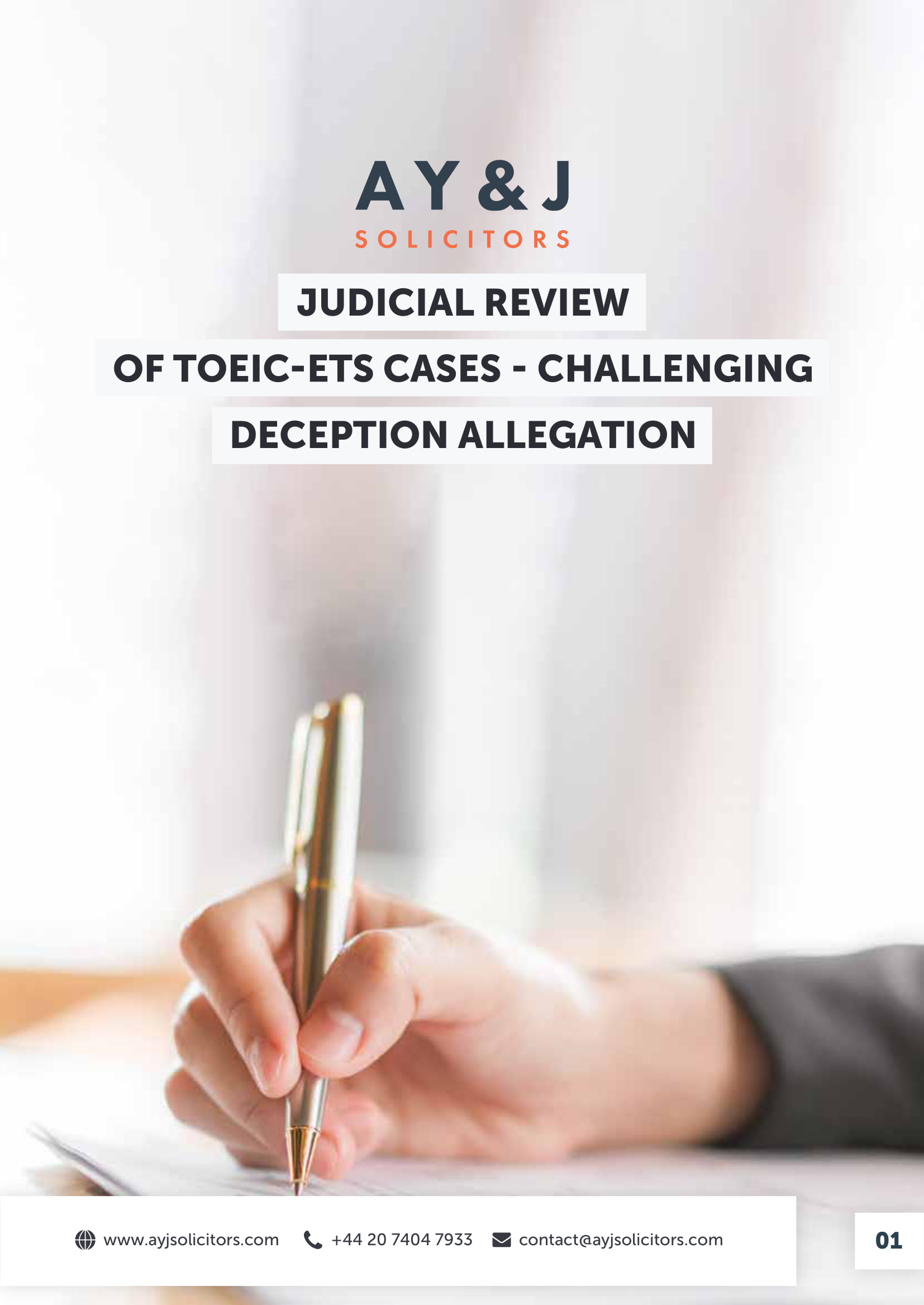 Judicial Review for ILR Refusal or Spouse Visa Refusal Due to TOEIC Judicial Review can help to those innocent applicants whose Indefinite Leave to Remain (ILR), Spouse Visa or any other application refused due to TOEIC. This started in year 2014 it was a tragic time, tens of thousands of students deported following the Educational…